Resumption Of Flights: Passengers Above 80 Yrs May Be Barred, Ministry To Issue SOP 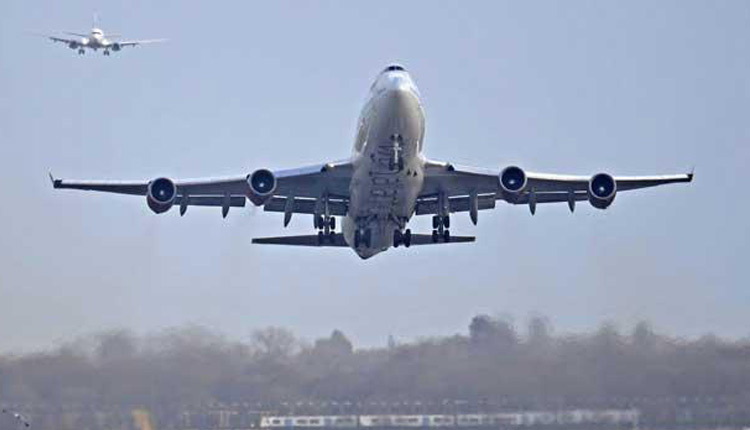 Bhubaneswar: The Ministry of Civil Aviation (MoCA) will soon issue a Standard Operating Procedure (SOP) for aviation sector and airports which needs to be followed once flight services resume. As per initial reports,  people above 80 years of age will be restricted from undertaking air travel in the phase-I of the flight resumption.

Sources said, no cabin baggage in initial phase will be allowed will while passengers can carry a single checked-in baggage less that 20 kg. Any passengers and staff showing any COVID-19 symptoms or without a green status on Aarogya Setu app will not be allowed to enter the airport terminal building.

Apart from ‘Green status’ on Aarogya Setu app, web check-in and temperature checks for all domestic passengers (departure & arrival), special measures will be taken to maintain social distancing as well.

As per a PTI report, several measures like filling up of a detailed questionnaire by passengers and reaching airport at least two hours before a flight departure might be mandatory during the initial phase after resumption of commercial flights.

Filling up of a detailed questionnaire related to COVID-19, carrying no cabin baggage, using Aarogya Setu app and reaching airport at least two hours before a flight departure are among the suggested requirements for air passengers during the initial phase after resumption of commercial flights.

The civil aviation ministry has come out with a draft Standard Operating Procedure (SOP) for restarting commercial air passenger services in the country, which remain suspended since March 25 in the wake of the lockdown to curb spreading of coronavirus infections.

“It is clarified that suggestions were sought on a draft discussion paper from airlines and airports. The suggestions have now been received. The final SOP is yet to be issued,” the ministry said in a statement.

The draft SOP, circulated among stakeholders, has also mooted rostering the same set of cabin and cockpit crew as long as possible in order to prevent possible cross contamination.

Not just for passengers, the draft SOP has suggested measures that could be followed by security agencies as well as airport operators, including doing away with identity card checks at airport entry gates and ensuring social distancing requirements.

Another suggestion is to keep three rows of an aircraft vacant for isolating any passenger who has a medical emergency onboard.

The draft SOP was prepared after discussions with stakeholders, including airlines and airport operators. Comments have been sought from the stakeholders on it, according to sources.

Earlier, Bhubaneswar Airport authorities had a discussion with airlines, CISF and others regarding preparation of a Standard Operating Procedure (SOP) in accordance with the guidelines issued by the Airports Authority Of India (AAI).

Currently during the lockdown period, Bhubaneswar Airport is operational with limited watch hours from 10 AM to 6 PM to meet the requirement related to cargo, medical emergency, refuelling and Corona related flight operations. In addition, the watch hours of airport is being extended as and when requirement is received in advance.