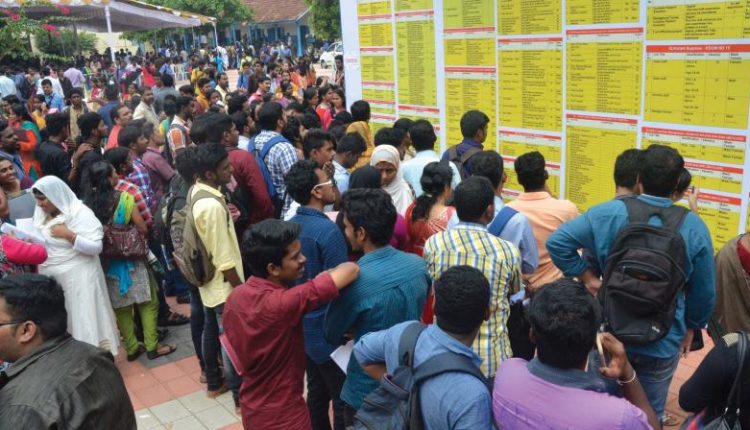 New Delhi: The Narendra Modi government the government has been receiving flak for its failure in meeting its electoral promise of creating as many as 10 million jobs a year. In a solace to the brewing resentment, the government announced extra budgetary expenditure on infrastructure for 2018-19 and increased it to Rs 5.97 lakh crore against estimated expenditure of Rs 4.94 lakh crore in 2017-18 in the union budget.

However, the BJP-led Central government’s claim to be able to create 75 lakh jobs by March is “outrageous” as it is “simply not possible” in India’s context, said former Finance Minister P. Chidambaram.

Rasing doubts over this claim of the Centre, Chidambaram said generating 75 lakh jobs in the formal sector will create another 75 lakh jobs in the informal and agriculture sector and for this total of 150 lakh jobs, India needs five times of its present GDP in a fiscal.

“Take this new theory that we will create 75 lakh jobs by March in this country. I mean, you are exposed. Let’s look at the numbers. In 2014-15, the EPFO (Employees Provident Fund Organisation) numbers jumped by 23 lakh,” he said.

“China’s GDP is five times India’s and it creates 150 lakh jobs. The argument is India’s non-farm payroll jobs contributed to 75 lakh jobs? Which means farm sector and informal sector, there would be another 75 lakh jobs, or we would be creating 150 lakh jobs?” the former Finance Minister questioned.

People are also sceptical over the creation of jobs as the Centre has not been able to create the umber of jobs it had promised prior to coming to power.

Rising temperature: Out of the chill, on to the grill

3 labourers hurt in mishap at PPL