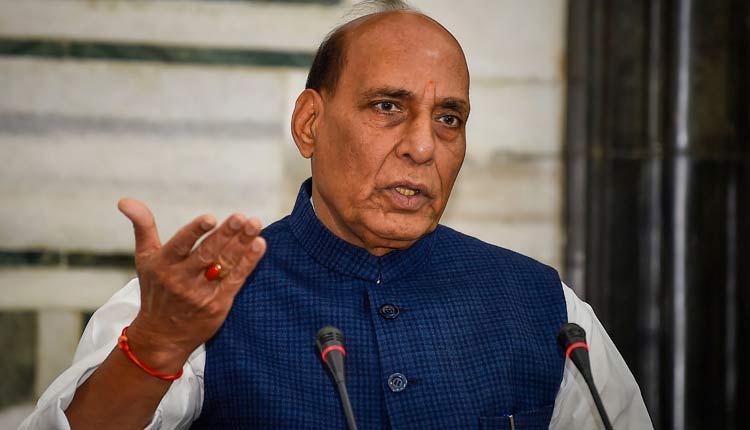 Mumbai: The assault on retired Indian Navy officer by Shiv Sainiks in Mumbai over a social media message continued to reverberate in the political arena as Defence Minister Rajnath Singh on Saturday condemned the attack and called up the victim to wish him a speedy recovery.

Rajnath called up retired Chief Petty Officer Madan Sharma, 65, to enquire after his health in the wake of Friday’s attack even as the four accused arrested in the case were bailed out on Saturday.

“Such attack on an ex-servicemen is completely unacceptable and deplorable,” Singh tweeted.

Additional Commissioner of Police (North) Dilip Sawant said that they were booked on various charges, including unlawful assembly and rioting.

The accused had pounced on Sharma outside his residence in Lokhandwala complex on Friday afternoon after he forwarded a cartoon on a WhatsApp Group of his society, depicting Chief Minister Uddhav Thackeray prostrating before the pictures of Congress President Sonia Gandhi and Nationalist Congress Party President Sharad Pawar.

A CCTV clip of the society posted by local Bharatiya Janata Party MLA Atul Bhatkalkar showed the attackers chasing Sharma, dragging him by the collar, pulling his shirt, and attacking him while society security personnel did not intervene.

Sharma apparently escaped serious injuries but ended up with black and swollen eyes. He later lodged a police complaint, even as several BJP leaders slammed the Maha Vikas Aghadi government.

Sainik Federation President, Brig Sudhir Sawant (retd) dubbed the incident “highly condemnable”, saying the members will discuss it at an online meeting on Sunday before deciding their future course of action.

The state government also came under fire from Leaders of Opposition Devendra Fadnavis (Assembly) and Pravin Darekar (Council), besides other leaders who urged the government to “stop goonda raj”.