Rains Claim 30 Lives In Telangana, 19 Of Them In Hyderabad 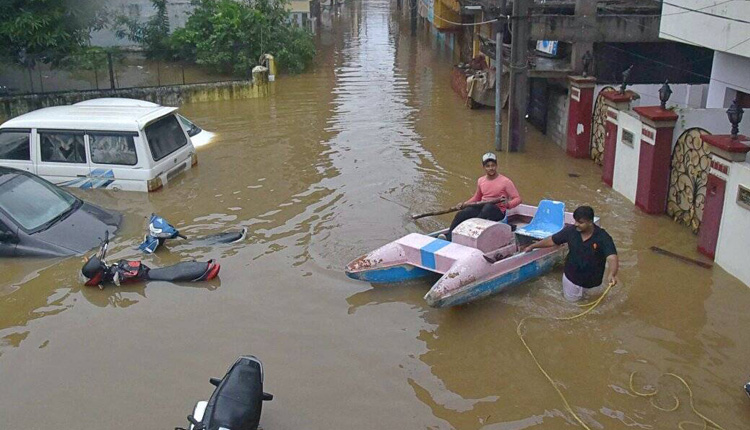 The rains, under the impact of a deep depression that crossed the Andhra coast on Tuesday, triggered flash floods in the state capital and several districts.

The extremely heavy rainfall caused a deluge in Hyderabad and its suburbs. At least 19 people died in rain-related incidents while four others were still missing.

The incessant rains resulted in overflowing of lakes, tanks, rivulets and streams, inundation of low-lying areas and disruption of road transport.

The Army and the National Disaster Response Force (NDRF) joined the rescue and relief work in the worst-affected areas. Boats were deployed to evacuate people stranded in inundated areas while two helicopters were kept standby for the rescue operations.

Three people were washed away in floodwaters in Gaganpahad area on the city outskirts.

Two people including a woman were killed in Al-Jubail colony in Chandrayangutta. Another man died in Gazi-e-Millat colony.

A doctor died of electrocution in Banjara Hills while trying to pump out water from the cellar of his apartment building.

In another incident, a three-year-old boy drowned in water which had entered the cellar of a building in Dilsukhnagar.

Three people died in an incident of house collapse in Nagarkurnool district.

Three persons, including an 11-year-old boy, were washed away in Yadadri-Bhongir district.

Two women have washed away when the passengers of a bus of state-owned Telangana State Road Transport Corporation (TSRTC), stuck in an overflowing stream between Kothagudem and Pochampally, were being rescued. The authorities rescued over 30 passengers.

Two people were washed away in Mashamma Vagu of Wanaparthy district.