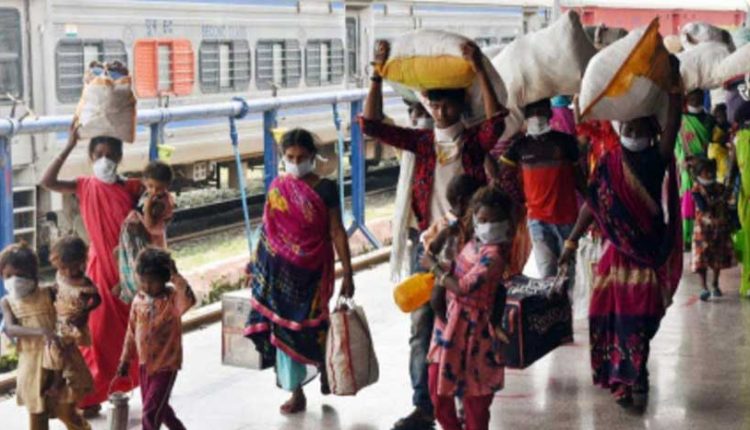 New Delhi: The railways on Wednesday said it will generate eight lakh workdays of employment opportunity for migrant workers and others in infrastructure projects worth Rs 1,800 crore in the next 125 days till October 31.

Officials said this will be part of the government’s GaribKalyanRojgarAbhiyaan’ scheme being implemented in 116 districts in six states.

Railway Board Chairman Vinod Kumar Yadav on Wednesday held a meeting through video conference with General Managers (GMs), Divisional Railway Managers (DRMs) and Managing Directors (MDs) of PSUs regarding the progress of the GaribKalyanRojgarAbhiyaan.

The railways will appoint nodal officers in all the 116 districts and at the state level, a statement said.

This Abhiyaan of 125 days will work in mission mode and will involve focussed implementation of various categories of works/activities in 116 districts, each with a large concentration of returnee migrant workers in 6 states of Bihar, Uttar Pradesh, Madhya Pradesh, Rajasthan, Jharkhand and Odisha.

Around 160 infrastructure works have been identified which are to be expedited, the statement issued by the railways said.

Addressing the meeting, Yadav instructed the zonal railways to appoint nodal officers in each district as well as in the states so that close coordination is established with the state government.

He also directed the railway administration at the zonal level to act proactively to ensure that the migrants are engaged in projects and paid accordingly.

These would engage thousands of workers and roughly generate 8 lakh workdays of employment by the end of October 2020. Approximately, Rs 1,800 crore would be spent in these districts, the statement said.

The railways have also identified a number of railway works which can be executed through MGNREGS.

The works are related to the construction and maintenance of approach roads for level crossings, development and cleaning of silted waterways, trenches and drains along the track, construction and maintenance of approach road to railway stations, repair and widening of existing railway embankments or cuttings, plantation of trees at the extreme boundary of railway land and protection works of existing embankments, cuttings or bridges, the statement said.

The zonal railways have also been instructed to get the sanction of proposed works under MGNREGS. They would be monitoring the works on a daily basis and submit reports to the ministry every Friday till the end of October 2020, the railways said.

Modi announced that an amount of Rs 50,000 crore would be spent for building durable rural infrastructure under the scheme.