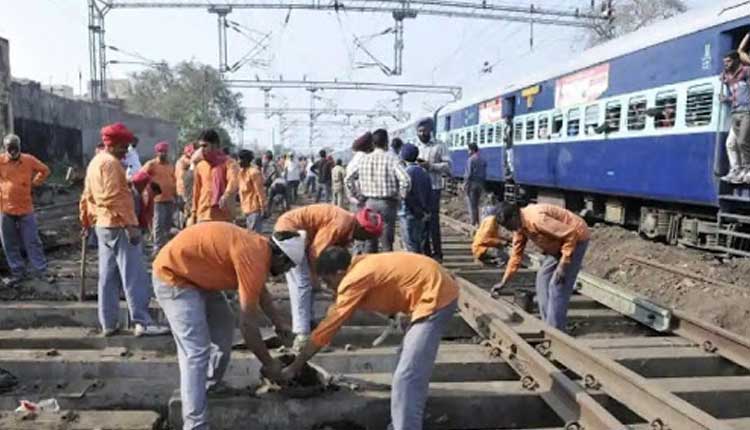 Around 164 railway infrastructure projects are being executed in these states.

Till September 18, 12,276 workers have been engaged in the scheme and the payment of Rs 2056.97 crore has been released to the contractors for the projects being implemented, the railways said.

Railways has appointed nodal officers in each district as well as in the states so that a close coordination is established with the state government, it said.

The national transporter has identified a number of works which are being executed under this scheme. The works are related to the construction and maintenance of approach roads for level crossings, development and cleaning of silted waterways, trenches and drains along the track, construction and maintenance of approach road to railway stations, repair and widening of existing railway embankments or cuttings among others.

The prime minister had announced that Rs 50,000 crore would be spent for building durable rural infrastructure under the scheme.

This Abhiyaan of 125 days is being undertaken in mission mode, and involves focused implementation of 25 categories of works/activities in 116 districts, each with a large concentration of returnee migrant workers in six states of Bihar, Uttar Pradesh, Madhya Pradesh, Rajasthan, Jharkhand and Odisha.

Public works is being undertaken during this campaign will have a resource envelope of Rs 50,000 crore.