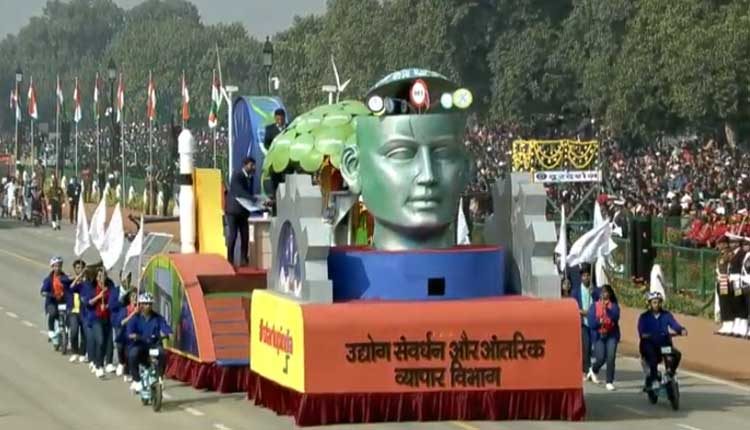 New Delhi: It was tricolour balloons, 22 tableaux projecting India’s rich diversity, the armed forces showcasing their might and ‘garba’ on Rajpath, as India celebrated 71 years as a republic on Sunday.

Sixteen state tableaux and six from different ministries and departments were displayed on Rajpath. While, Jammu & Kashmir showcased its ‘Back to Village’ programme, the Odisha tableau showcased the Rukuna Ratha Yatra of Lord Lingaraja. Kullu’s Dussehra festival was proudly projected by the Himachal Pradesh tableau. CPWD Horticulture tableau’s theme was ‘Kashmir se Kanyakumari’.

Birla Balika Vidyapeeth, a school which has been continuously participating in the Republic Day parade for 56 years now was also there on the Rajpath. When the girls crossed the Rajpath playing their instruments, Finance Minister Nirmala Sitharaman stood up to applaud them.

The event also witnessed India showcasing its military prowess. The Air Defence Tactical Control Radar was displayed at the parade as was Boeing P8I Long Range Maritime Patrol aircraft and the Kolkata Class Destroyer and the Kalvari Class submarine by the Indian Navy.

One key takeaway of the parade was the ‘garba’ dance of Gujarat as about 150 girl students from schools in Gujarat showcased the folk dance.

After the parade was over, Prime Minister Narendra Modi, sporting a saffron turban, walked on the Rajpath waving at people who were there to witness the gala event.