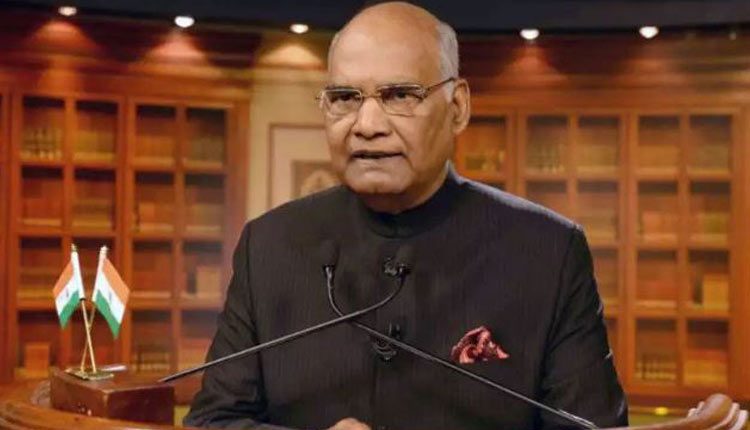 New Delhi: President’s rule was imposed in Maharashtra on Tuesday evening amid a stalemate over government formation after the assembly polls last month.

The Union Cabinet had earlier in the day recommended President’s rule in the state after Governor Bhagat Singh Koshyari submitted a report in this regard, officials said.

President Ram Nath Kovind has signed a proclamation imposing President’s rule in Maharashtra under Article 356(1), they said adding the Assembly has been kept in suspended animation.

In his report, the governor said a situation has arisen that a stable government is not possible even after 15 days of election results being declared, according to officials.

All possible efforts have been made but he saw no probability of a stable government in the state, the governor said.

After the BJP declined to form the government and the Shiv Sena failed to get letters of support from the NCP and the Congress, Koshyari had on Monday night asked the Sharad Pawar-led NCP to express its “ability and willingness” to stake claim to form government in the state by 8.30 pm on Tuesday.

However, the Governor, is his report submitted at noon, noted that the NCP on Tuesday morning conveyed to him that the party needed three more days to gather requisite support.

The governor felt that as already 15 days had passed, he was not in a position to give more time, the officials said.

The governor noted that he is satisfied that governance of the state cannot be carried out in accordance with the provisions of the Constitution and he is left with no alternative and is constrained to send a report on the provision of Article 356, they said.

The governor’s report was examined by the Union Cabinet chaired Prime Minister Narendra Modi which decided to recommend a proclamation under Article 356 (1), thereby imposing President’s rule in Maharashtra and keeping the Assembly in suspended animation.

As per Article 356(1): “If the President, on receipt of report from the Governor of the State or otherwise, is satisfied that a situation has arisen in which the government of the State cannot be carried on in accordance with the provisions of the Constitution, the President may by Proclamation

(b) declare that the powers of the Legislature of the State shall be exercisable by or under the authority of Parliament;….”

Asked if the Governor has referred to any apprehensions of horse-trading in his report, the officials said there is no such mention “expressly”.

The President’s Rule can be revoked before the six-month period if a situation emerges for formation of a stable government, the officials said.

In the assembly polls held last month, the BJP won 105 seats, followed by the Shiv Sena (56), the NCP (54) and the Congress (48) in the 288-member House. The BJP and Shiv Sena alliance got a comfortable majority but the two parted ways over sharing of power.