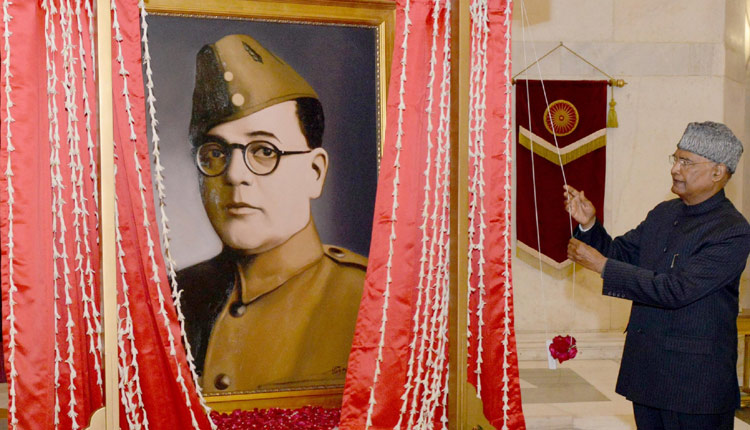 “We do not comment on tweets. The painting was made in Rashtrapati Bhawan and you think that it is a painting of an actor. What kind of question is it? Something is being run on Twitter, but it may be politically motivated. What can we say on it?,” a senior Rashtrapati Bhawan official told IANS requesting anonymity.

The official replied to the question after the matter went viral on Twitter, microblogging service type social network, with some people tweeting with their handles alleging that the “President unveiled the official portrait of actor Prasenjit Chatterjee (Bumbada) and not Netaji at the Rashtrapati Bhawan”.

The President on January 23 unveiled a portrait of Netaji at the Rashtrapati Bhawan to mark the beginning of the year-long celebrations to commemorate the freedom fighter’s 125th birth anniversary.

The government has decided to observe January 23 as “Parakram Divas” from now on every year. Bose was born in 1897.