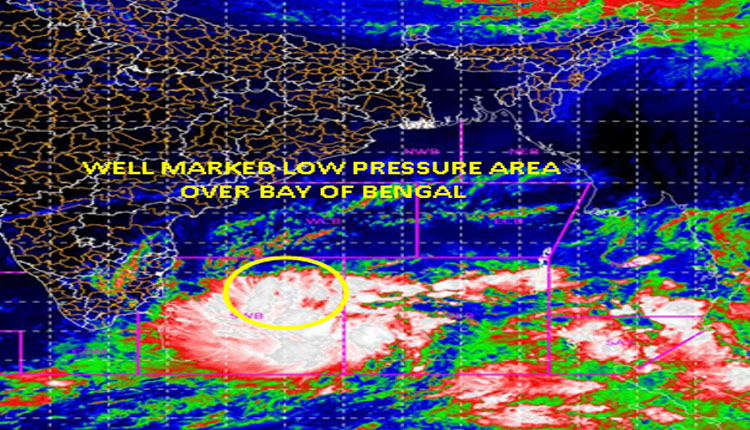 As per the latest IMD bulletin, the system is likely to concentrate into a depression over Southwest Bay of Bengal during next 24 hours and intensify further into a cyclonic storm during subsequent 24 hours.

Though Odisha will not be affected, Tamil Nadu and Puducherry coasts have been put on alert.

“It is very likely to move north-west-wards and cross Tamil Nadu and Puducherry coasts between Karaikal and Mahabalipuram around November 25 noon/afternoon,” said IMD.

Low pressure area over sw and adjoining se BoB has become WML. It gradually intensify into a cyclonic storm. It is very likely to move NWwards and cross Tamil Nadu and Puducherry coasts between Karaikal and Mahabalipuram around 25th Nov 2020 noon/afternoon. pic.twitter.com/XNvLcbtIfs

Under its influence, rainfall activity is likely to increase over south peninsular India from November 23 with fairly widespread rainfall/thunderstorm activity over Tamil Nadu, Puducherry & Karaikal during November 24 and 26 and over south Coastal Andhra Pradesh, Rayalaseema & Telangana during November 25 to 26.

Extremely heavy rainfall activity also very likely over Tamil Nadu & Puducherry during November 24 and 25 and over south Coastal Andhra Pradesh & Rayalseema on November 25 & 26 and over Telangana on November 26.

Fishermen are advised not to venture into Equatorial Indian Ocean and adjoining central parts of South Bay of Bengal on November 22; over Southwest and adjoining west-central Bay of Bengal, Gulf of Mannar and along & off Tamil Nadu, Puducherry and south Andhra Pradesh coasts during 22-25th November.