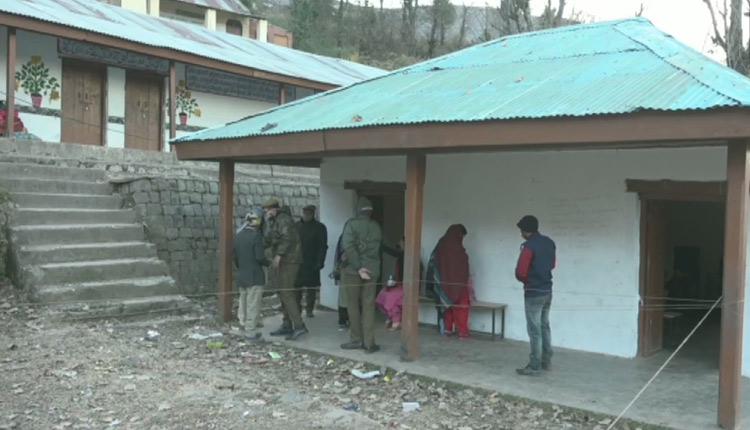 Srinagar: Amid chilly conditions and tight security arrangements, voting for the second phase of the maiden District Development Council (DDC) election in Jammu and Kashmir began on Tuesday, officials said.

“Polling began at 7.00 am. Initial reports suggest that only a few people have so far turned out at polling stations due to early morning winter chill,” an official said here.

He said the pace of voting is expected to pick up as the day progresses and temperature rises.

As many as 321 candidates are in the fray in the second phase of the DDC polls and voting is taking place at 2,142 polling booths. As many as 7.90 lakh voters are eligible to vote in this phase of elections.

Out of the 280 constituencies in Jammu and Kashmir, 43 are going to polls in the union territory in the second phase 25 in Kashmir and 18 in Jammu division.

Election is also being held in 83 sarpanch constituencies for which a total of 223 candidates are contesting in the phase two.

Also, by-polls are being held in 331 panch constituencies. Over 700 candidates are in the fray for these seats.

Authorities have declared all 1,300 polling stations in the valley as sensitive.

The election is being seen as a triangular contest between the People’s Alliance for Gupkar Declaration (PAGD) — an amalgam of several mainstream political parties, including the National Conference (NC) and Peoples Democratic Party (PDP), which are seeking the restoration of Jammu and Kashmir’s special status revoked by the Centre last year — and the BJP, and Apni Party floated by former finance minister Altaf Bukhari.

Almost all booths in Kashmir are sensitive from the security point of view. Additional security has been provided in the polling stations in the valley, state election commissioner K K Sharma told reporters on Monday.

He said all security arrangements have been put in place and the areas have been secured.