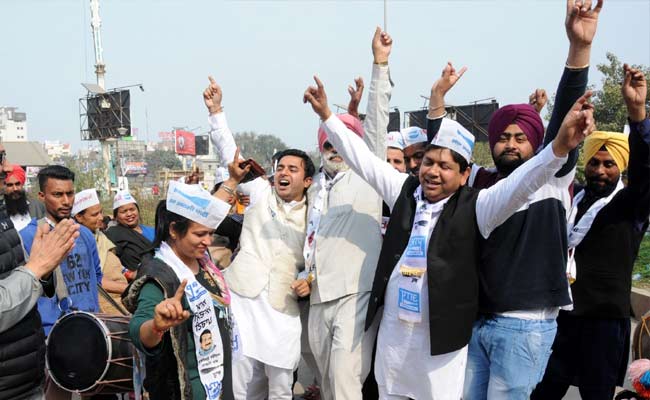 New Delhi: After the counting trends pointed to an overwhelming victory for the Aam Aadmi Party in the Delhi Assembly election, workers and supporters gathered outside the party office were rejoicing.

Outside the AAP office at ITO, celebrations could be seen in different hues and shades.

On one side of the road, a few supporters were seen dancing away to the tunes emanating from traditional instruments.

On the other side of the street, many supporters holding brooms (‘jhadus’) were celebrating their party’s victory.

A few meters away from the party office, one could see a fruit seller distributing free oranges to the people and contributing to the celebrations.

The party office has been all decked up in white and blue, the colours of the party. It is decorated with blue and white balloons, posters, banners and hoardings of party chief Arvind Kejriwal.

Ananya Panday And Siddhant Chaturvedi Is The New Love Pair In B-town?