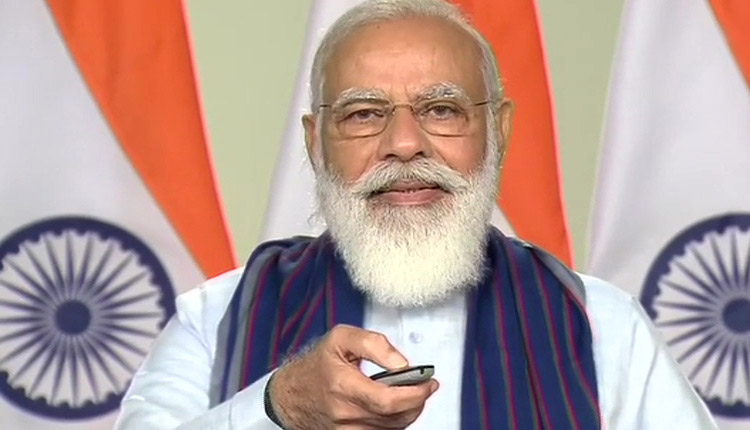 The projects will provide tap water connections in all rural households in 2,995 villages, benefiting about 42 lakh individuals living in these districts.

“The region was a victim of neglect for decades after Independence. This entire area became one of scarcity even though it had resources. Despite having so many rivers, this region has been identified as the most thirsty, drought-affected region,” the PM said while laying the foundation stones of the projects in Mirzapur and Sonbhadra districts through videoconference.

“When a big problem of life begins to be solved, a different kind of faith starts to appear. I can see that faith, enthusiasm in you. How much sensitivity you have to water is also visible.”

He stressed that it has been more than a year now that the campaign to supply water to every household has begun. During this time, he added, more than 2.60 crore families have been ensured tap water supply at their homes.

The Prime Minister said that the projects will ensure ‘atmanirbhar villages’.

Reaching out to the area residents Modi said: “Like other villages in the country, there was a huge power problem in this area too. Today, this area is becoming a world leader in solar energy.”

He added that Mirzapur’s solar power plant is “writing a new chapter of development” there.

Modi also praised UP employees for successfully implementing government schemes in the state. “Today, the way the schemes are being implemented one after another in Uttar Pradesh, the image of Uttar Pradesh, its government and its employees is changing completely,” he claimed.

The projects estimated to cost Rs 5,555.38 crore are planned to be completed in 24 months.

US FDA Authorizes Regeneron’s COVID Treatment For Emergency Use