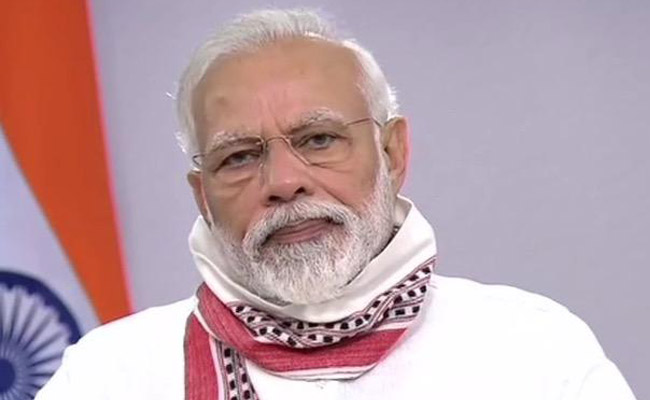 New Delhi: Prime Minister Narendra Modi on Monday chaired a fresh round of consultation with chief ministers on ways to strengthen the COVID-19 containment strategy and stepping up of economic activities in a calibrated manner as the 54-day nationwide lockdown nears an end.

The large-scale movement of migrant workers from urban to rural India and the problems their return to home states may cause in restarting the economy will also be among the focus areas during the fifth virtual interaction between the prime minister and chief ministers since the outbreak of the deadly virus in the country.

At a meeting on Sunday with Cabinet Secretary Rajiv Gauba, state chief secretaries told him that “while protection is required from COVID-19, economic activities also need to be stepped up in a calibrated manner”, according to an official statement.

With thousands of migrant workers taking special trains to go back to their home states, the restarting of industrial activities will prove to be a challenge for states though several relaxations have been made in labour laws to increase factory output.

The meet is also likely to discuss efforts to convert ‘red’ zones with high COVID-19 case load into ‘orange’ or ‘green’ zones.

The prime minister interacted with the chief ministers last on April 27. Days after the meeting, the central government had extended the lockdown by two more weeks till May 17 to arrest the spread of the virus, but gave several relaxations in economic activities and movement of people.

The road ahead should be focused on reducing the spread & ensuring that all precautions are taken by people including #SocialDistancing norms by observing ‘Do Gaj Doori’. We also have to ensure that rural India remains free from this crisis: PM Modi (ANI)

The nationwide lockdown has been in force since March 25 to contain the spread of the virus, which has killed more than 2200 people, and afflicted more than 67,000 in the country.