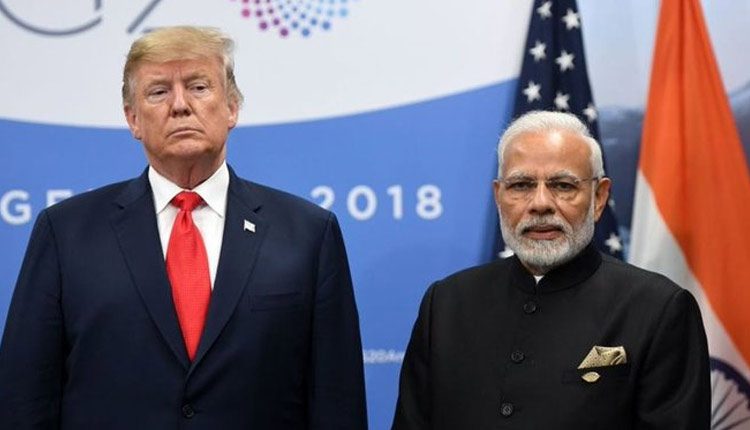 There has been no recent contact between Prime Minister Modi and President Trump, the sources said.

The clarification came hours after Trump said in Washington that he had spoken to Modi and that the Indian prime minister is not in a “good mood” over the “big conflict” between India and China.

The sources said the last conversation between the two leaders was on April 4 on the issue of hydroxychloroquine.

They said the Ministry of External Affairs on Thursday made it clear that India was directly in touch with China through established mechanisms and diplomatic contacts to resolve the border row in eastern Ladakh.

Troops of India and China were engaged in a major standoff for over three weeks in Pangong Tso, Galwan Valley, Demchok and Daulat Beg Oldie in eastern Ladakh, in what is turning out to be the biggest confrontation between the two countries after the Doklam episode in 2017.

In the midst of the flare-ups between Indian and Chinese armies, Trump on Wednesday said he was “ready, willing and able to mediate” between the two countries.

In its reaction, India on Thursday said it was engaged with China to peacefully resolve the border row, signalling that it was not open to accept the offer of mediation by the US president.

On Thursday, Trump reiterated his offer to mediate between India and China, and said that he spoke to Modi, who is not in a “good mood” over the “big conflict”.

“I can tell you; I did speak to Prime Minister Modi. He is not in a good mood about what is going on with China,” the US president said during an interaction with journalists in the White House.

Trump previously offered to mediate between India and Pakistan on the Kashmir issue but New Delhi rejected the proposal.

MEA spokesperson Anurag Srivastava on Thursday said India was engaged with China at military and diplomatic levels to resolve the ongoing standoff with China, but at the same time asserted that the country is “firm” in its resolve to protect its sovereignty and national security.

The situation in eastern Ladakh deteriorated after around 250 Chinese and Indian soldiers were engaged in a violent face-off on the evening of May 5 which spilled over to the next day before the two sides agreed to “disengage”.

However, the standoff continued. The incident in Pangong Tso was followed by a similar incident in north Sikkim on May 9.

The troops of India and China were engaged in a 73-day stand-off in the Doklam tri-junction in 2017 which even triggered fears of a war between the two nuclear-armed neighbours.

Both sides have been asserting that pending the final resolution of the boundary issue, it is necessary to maintain peace and tranquillity in the border areas.