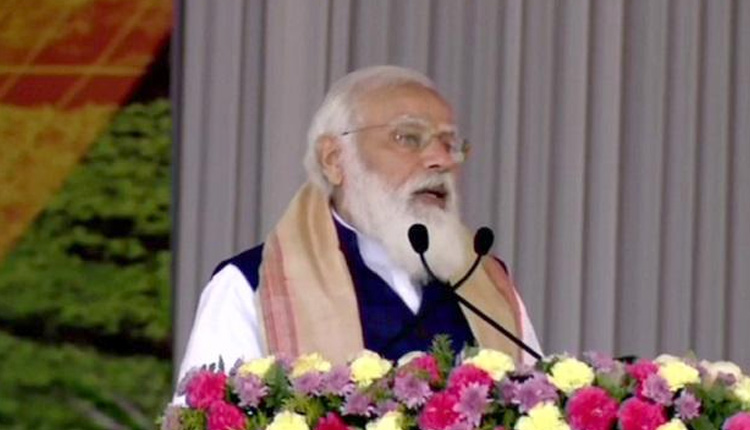 Sivasagar: Prime Minister Narendra Modi on Saturday castigated the previous governments in Assam for depriving its lakhs of poor indigenous people of their land rights.

The BJP-led government in the state is committed to ensuring that the indigenous people have legal rights over their land, Modi said, after launching a drive to give ownership certificates to over one lakh families. Marking its launch, the prime minister distributed land pattas to 1,06,940 landless indigenous people at the historic ‘Jerenga Pathar’ here.

“When the Sarbananda Sonowal government took over the reins in Assam, more than six lakh indigenous families had no legal rights over their land. In the last few years more than two lakh such families have been allotted ownership certificates.

“With more than one lakh families added today, the government has shown its commitment to protecting the rights of the indigenous people,” Modi said.

The previous governments in Assam never cared for the rights of those who “loved this sacred land”, he said.

He asserted that the BJP-led government is committed protecting the land, language and culture of the indigenous people.

He also lauded the state government for having freed the world famous Kaziranga National Park from encroachers.