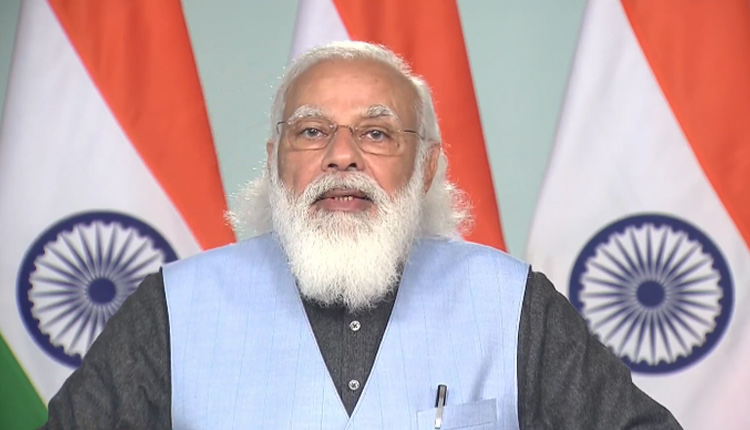 Addressing the ‘Prarambh: Startup India International Summit’, Modi exuded confidence that the growth of startups will help in generating jobs and improving lives of people in the region.

He said India has taken several steps to ensure that the country’s startups do not face shortage of capital.

“I am making another important announcement today in this programme. In order to provide initial capital for startups, the nation is launching a Rs 1,000 crore Startup India Seed Fund. This will help in setting up new startups and promote their growth,” the Prime Minister said.

The summit, which witnessed participation from BIMSTEC members also, marked the fifth anniversary of the Startup India initiative launched by Modi on this day in 2016.

Fund of funds scheme is already helping startups in raising equity capital, he said, and added the government will also help the startups in fundraising through guarantees.

India is working for a startup ecosystem based on the mantra “Of the Youth, By the Youth, For the Youth”, he said.

“We have to fix our goals for the next five years and these goals should be that our startups, our unicorns should emerge as global giants and lead in the futuristic technologies,” he said.

He further said startups are changing the demographic character of business as well as about 44 per cent of recognised startups in India have women directors and a substantial proportion of female workers.

The Prime Minister said that in 2014, only four startups from India were in the unicorn club, but today, over 30 startups have crossed the USD 1 billion mark.

Noting the fact that 11 startups entered the ‘unicorn club’ in 2020 during the Corona time, the Prime Minister underlined their contribution in the Aatmnirbharta during the crisis.

He said startups played a major role in ensuring availability of sanitisers, PPE kits and related supply chains. They played a sterling role in meeting local needs like grocery, medicine delivery at doorstep, transportation of frontline workers and online study material. The Prime Minister appreciated the startup spirit of finding opportunity in adversity.

He said the biggest USP of the startup world is its disruption and diversification capacity. “Disruption, as they are giving rise to new approaches, new technology and new ways; diversification because they are coming up with diverse ideas bringing revolution is diverse sectors with unprecedented scale and substance.”

The greatest feature of this ecosystem is that it is guided more by passion than pragmatism, Modi said and added this ‘can-do’ spirit is evident in the way India is working today.

The Prime Minister also talked about the strides made by the country in the digital payment sector, saying BHIM UPI has revolutionalised the payment system and in December 2020 alone over Rs 4 lakh crore worth of transactions took place in India.

Modi also said that startups are getting opportunity at par with large businesses in government tenders on the GeM portal.

Till now, nearly 8,000 startups have registered on the GeM portal and carried out business worth nearly Rs 2,300 crore, he said adding that the total business through GeM portal is touching nearly Rs 80,000 crore.