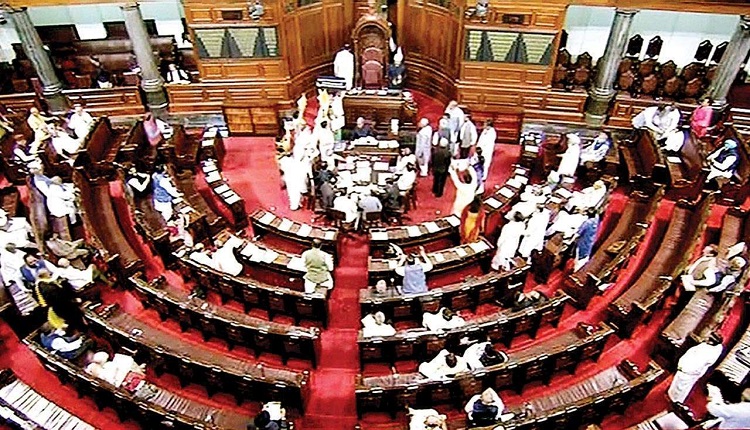 New Delhi: The opposition in the Rajya Sabha led by Congress’ Ghulam Nabi Azad demanded immediate revocation of the suspension of eight MPs, failing which he threatened to boycott the remaining monsoon session.

“Till our demands are met which include revocation of suspension of the eight MPs and the government bringing in another bill under which no private player can purchase below MSP, the Opposition will boycott the session,” the Leader of the Opposition said.

“No one is happy with the incidents that have taken place in this House. The public wants that their leaders should be heard. No one can put across their views in just 2-3 minutes. There will be de-escalation if MPs are not constrained by time to speak,” added Azad

Samajwadi Party’s Ram Gopal Yadav apologised on behalf of the suspended members for their conduct, and demanded immediate revocation of the suspension but added that there have been fault from both sides.

Rajya Sabha Chairman M. Venkiah Naidu said this was not the first time that a suspension has taken place “but I was convinced with the motion of the Minister”. He also said that there was certain procedure to remove the Deputy Chairman which was not in proper format.

He also defended the Deputy Chairman and said that chair should not be blamed.

On Sunday there was a pandemonium in the House as unruly scenes were witnessed when Trinamool MP Derek O’Brien approached the Chair and tried to snatch a mike while citing from the rule book.

When his objections were overruled, O’Brien tore the rule book called the Bills “Kala Kanoon” or black laws. As the aides of the Deputy Chair, tried to shield Harivansh many opposition members reached the Well of the House to register their protests against the Farm Bills.