No Door In Armed Forces Should Be Closed For Women: Union Min Rajnath Singh 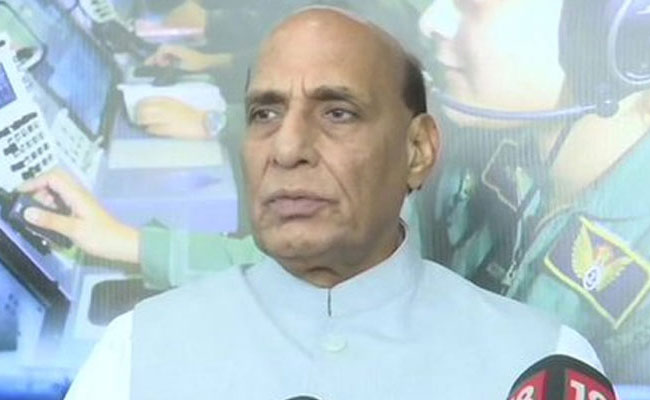 New Delhi: Women’s participation in armed forces has increased over the years, Defence Minister Rajnath Singh said on Sunday and expressed the view that no door in the forces should remain closed for them.

Citing the example of Tania Shergill, who led an all-men contingent in the Republic Day Parade this year, Singh said women are now leading on many fronts which were once not even open for them.

Speaking at the NITI Aayog-organised ‘Women Transforming India Awards”, he said it is the priority of the Modi government to further empower women in armed forces.

The increasing presence of women in workforce is contributing to the economic growth of the nation and the society develops with their upliftment, he was quoted as saying in a statement.

Women participation is necessary for the country to achieve the target of becoming the USD 5 trillion economy, he said, adding that no door of armed forces should remain closed for them.

Every NDRF Battalion Will Soon Have An All-Women Unit: DG Pradhan