Netaji 125th Birth Anniversary: Read Why Netaji told Pt Nehru ‘Roses for You, Thorns for Me’ 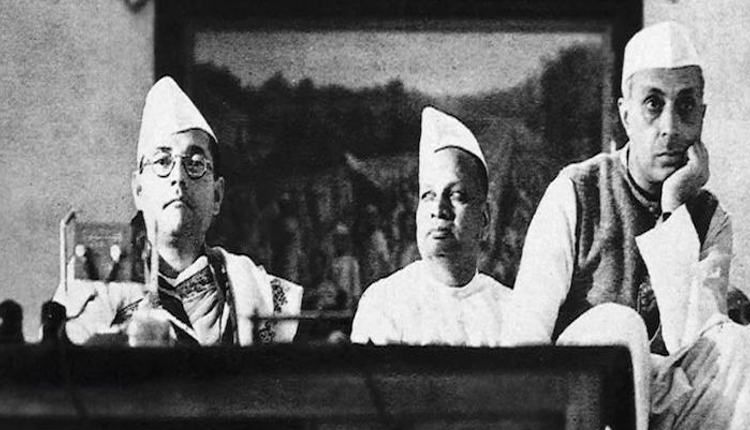 Bhubaneswar:  The country took a pause for a while on Saturday to take a rewind. It was for a revisit to the lanes of India’s freedom history and how mother India’s charismatic son Netaji Subhas Chandra Bose had been portrayed by many historians as ‘India’s tragic hero’. Is it really so?

Born on 23 January in 1897 at Cuttack (Odisha), Subhas had inherent leadership qualities – brave, intelligent, a diplomat and a firm believer of the Bhagwad Gita’s philosophy of Karma. The country is today observing his 125th birth anniversary.

Subhas was the ninth child in a family of 14 and the sixth son of Janakinath Bose, a lawyer by profession. He took admission in an English School in Cuttack at the age of five, and in 1909 Subhas went to the Ravenshaw Collegiate School. Subhas Bose completed his matriculation from Cuttack in 1913.  Later, he joined the Presidency College in Calcutta, when the scene shifted from Odisha to Bengal.

* As per SA Iyer’s book, ‘Story of the INA’, and books like ‘Subhas Chandra Bose: His Life and Work,

At the age of 17, Subhas suddenly left his college in Calcutta and went on a pilgrimage in search of a spiritual guru. He visited places such as Rishikesh, Hardwar, Mathura, Brindavan, Varanasi and Gaya, only to return empty-handed and disappointed for not finding any spiritual guru.

1916: Bose was expelled from Presidency College and banished from Calcutta University over an incident where students attacked the English professor, E F Oaten. But Subhas took admission in Scottish Church College, Calcutta in 1917, and graduated with first-class honours in philosophy in 1919. Later, he joined Cambridge University to prepare for the Indian Civil Service Examination. He secured fourth place after only eight months of study.

As per Maharashtra cadre senior IAS officer Dr Vishwas Patil, whose historical novel Mahanayak – Subhas Chandra Bose has been made into a Hindi film, 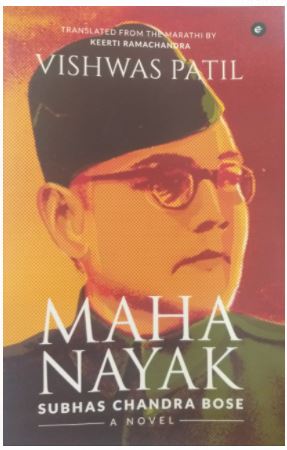 “Netaji had been a very charismatic leader. Many historians tried to create an impression of an uneasy relationship Netaji had shared with Pt Jawahar Lal Nehru. But facts are facts. There are many anecdotes in history that show both the giants of Indian freedom movement shared a very cosy relationship.”

The excerpts below shows how the young Subhas had been very eager to join the Indian National Congress (INC), and how he had a fondness to meet the Mahatma. But the very excerpts also hint at some uneasiness in moments of history. (Read the image excerpt below) 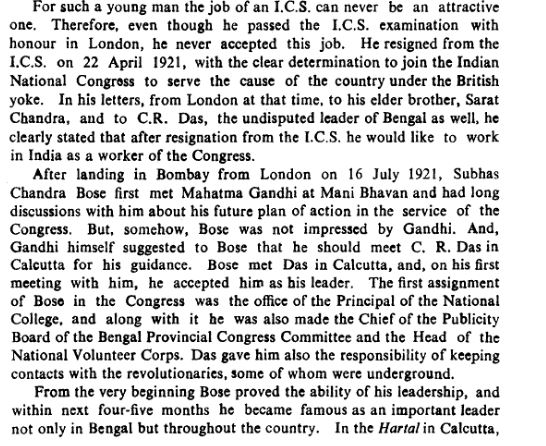 In year1928 came the famous Nehru Report, prepared by Motilal Nehru who headed a committee of an all-party conference to prepare a draft for the constitution of free India. The report was presented on the assumption that the new constitution would be based on Dominion Status. The young radical group within the Congress headed by Jawaharlal and Subhas, who formed the India Independence League propagating full independence, had opposed it bitterly.

As per the book ‘A Dictionary Of Modern Indian History- 17-7-1947, authored by P Mehera, Subhas was elected president of Congress party in 1938 Haripura session. He again contested for the INC president in 1939 Tripuri Congress session.

Mahatma Gandhi was opposed to Bose’s re-contest. Gandhi persuaded Dr Abul Kalam Azad to contest but when the latter declined, Pattabhi Sitaramaya contested against Subhas Bose. Bose won by 203 votes. However, on Sitaramaya’s defeat, Gandhi had said: “it’s my defeat.”

“Subhas resigned from Congress Presidents’ post on April 28, 1939, following the resignation of all 13 Congress Working Committee (CWC) members. Upon his resignation, he formed the All India Forward Bloc on 3 May 1939, a party within Congress. He fought a losing battle against both Gandhi and the Congress party for 20 months until he was removed from the presidency of the Bengal Provincial Congress Committee and banned from holding any elective office for three years.”

Here is an excerpt from the book Mahanayak – Subhas Chandra Bose. The excerpt was between Bose and Nehru. The talk between Pt Nehru and Netaji Bose sums all the relationship between the two stalwarts of Indian Freedom Movement. (The excerpt is given below) 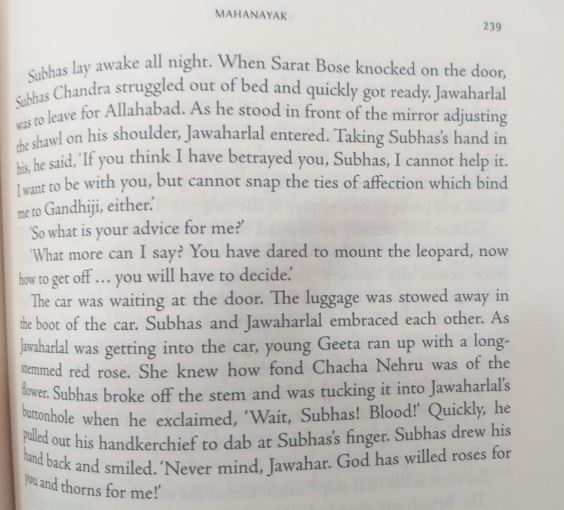