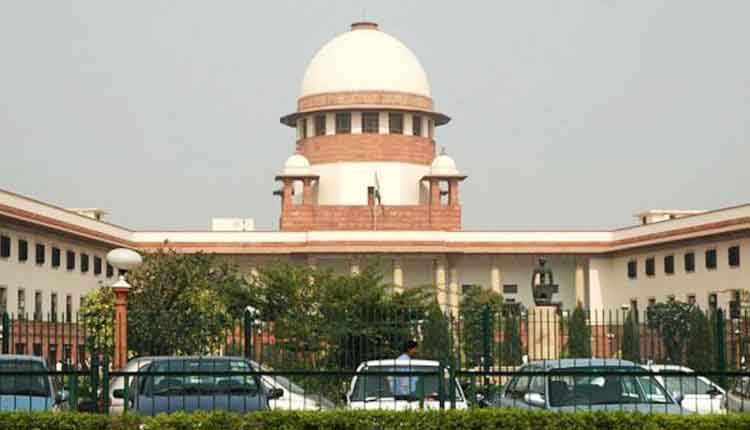 New Delhi: The Muslim parties on Wednesday conceded before the Supreme Court that it accidentally accepted the Ram Chabutra as the birthplace of Lord Ram, and also faced intense scrutiny from the court as they termed the Archaeological Survey of India (ASI) excavation report “riddled with inconsistencies and infirmities”, at this stage of proceedings in the top court.

On the 31st day of the Ayodhya title dispute hearing, senior advocate Zafaryab Jilani, appearing for the Sunni Waqf Board, said they do not accept the Ram Chabutra as birthplace of Lord Ram though they have not challenged the findings of the Faizabad court in 1885, which concluded Hindus had worshipped at the Chabutra as the deity’s birthplace.

The Ram Chabutra is located in the outer courtyard of the disputed site, which is nearly 50 to 80 feet away from the central dome. On Tuesday, after facing probing questions from the five-judge Constitution bench headed by Chief Justice Ranjan Gogoi, Jilani accepted Lord Ram was born in Ayodhya and the Ram Chabutra was his birthplace.

On Wednesday, Jilani, however, argued there is no documentary evidence to prove the inner courtyard of the Babri Masjid is the birthplace of Lord Ram.

At this, Justice D.Y. Chandrachud cited historical documents to bring out the perspective — that prior to 1855 or the First War of Independence in 1857, Hindus and Muslims prayed inside the mosque, and the fence was built post 1857.

“The small platform or chabutra was set up to mark the birthplace of Lord Ram, as it symbolizes Hindus belief,” he said.

Justice Ashok Bhushan, supporting this view, said that in 1855 or later, the railing put up, and it divided the birthplace.

“They could not go inside, as there was no way. Therefore, the Chabutra was constructed?” Justice Bhushan asked Jilani, who replied that there is no evidence to support this view.

Justice S.A. Bobde then put across some tough questions to the Muslims parties. “Is there any evidence, before 1855 and after the Babri Masjid was constructed in 1528, Hindus wanted to worship and Muslims denied them? Is there any evidence of a dispute, for example a clash between the two,” he asked Jilani and asked for a chronology citing the first evidence when Hindus worshipped inside the boundary wall of the disputed structure.

Jilani submitted the first entry into the mosque premises by a non-Hindu was in 1858, when a Sikh came and put up a flag in the inner courtyard. At this, Justice Bobde said: “Sikhs believed in Lord Ram. There is a mention of Ram in their teachings.”

The Muslim parties began the second leg of their argument by contesting the ASI report.

Senior advocate Meenakshi Arora recalled the observations of the Faizabad court in 1886, which refused to grant permission to the Nirmohi Akhara to worship Ram inside Babri Masjid.

“Most unfortunate, the masjid was built on land at the core of Hindu belief, but the event occurred 356 years ago… therefore, it is too late now to remedy the grievance,” said Arora, arguing for the first time before the Constitution bench.

At this, Justice Bobde said: “If you are going to argue on archaeology being an inexact science unlike astrophysics, then in that case, we can hear you separately.”

Arora told the court that Hindus claim on the dispute site is based on gazetteers, travelogues and this ASI report, which is “mere opinion and extremely weak evidence based on inferences”.

“The ASI has not brought any proof of the demolition of the temple and no party examined the ASI officials involved in the excavation,” she contended.

This led to Justice Bobde asking her about raising the objection in connection with the report in the district court, while Justice Chandrachud asked: “The ASI report was a Commissioner’s report submitted to the court, and this official was not your witness to examine. If you had objections to the summary of the report, then you should have raised the questions when it brought on record. Why did you not?”

Arora questioned the methodology adopted by the ASI officials in finalizing the report, and insisted that Muslim parties have not accepted the ASI report, as it suffers from infirmities.

“The summary is over-reaching the report and it has palpable inconsistencies,” she submitted, seeking to point out alleged malafide in the report.

Responding, Justice Chandrachud said then the Commissioner would have been the best person to answer.

Chief Justice Gogoi said that the counsel was asking the court to sit in judgment of something, which happened at the trial stage. “You should have confronted the Commissioner and brought out questions about the infirmity of the report, simply at that point to him. You cannot come in appeal and say the report is infirm,” the CJI said.

As Arora insisted on the inconsistencies of the ASI report, Chief Justice Gogoi said that it is a part of record of the case unless the court itself is dissatisfied with the report or the parties find it inappropriate. “If you have not objected at the trial stage, none of your objections cannot be entertained now,” he said.

Justice Bobde, supporting the Chief Justice, said: “Expert may have explanation, which we do not have.”

The arguments will continue on Thursday.