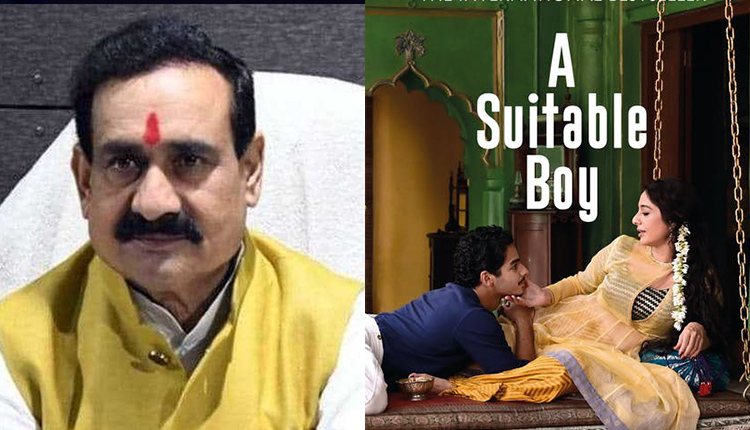 Mumbai: Madhya Pradesh Home Minister Narottam Mishra has hinted at possible legal action against the makers of the web series, A Suitable Boy. Mishra said the state police have been asked to probe the web series by Mira Nair to check if kissing scenes in the show have been shot in a temple.

“‘A Suitable Boy‘ was released on an OTT media platform. Kissing scenes were filmed inside a temple with bhajans being sung in the background. I consider it objectionable. I think this hurt feelings,” Mishra said in a video tweet.

“I have directed police to examine the series and determine what action can be taken against the producer and director of this series,” he added about the Netflix series.

The video has received mixed reactions from netizens.

A user tweeted: “If your not liking the content, no one is forcing you to watch it. The super court of India said so. I don’t like your face, so I won’t watch your videos, I won’t ask the police to investigate your uglyness and ban you from appearing in public.”

“Why there should be objection. Hindu religion is broad minded and the sculptures on Hindu temples speak of romance as a way of life and not something to be ashamed of. It is not considered a sin,” wrote another user.

He found suppoort on social media, too.

“This double standards by OTT platforms must be probhited and banned. Full support,” wrote a user.