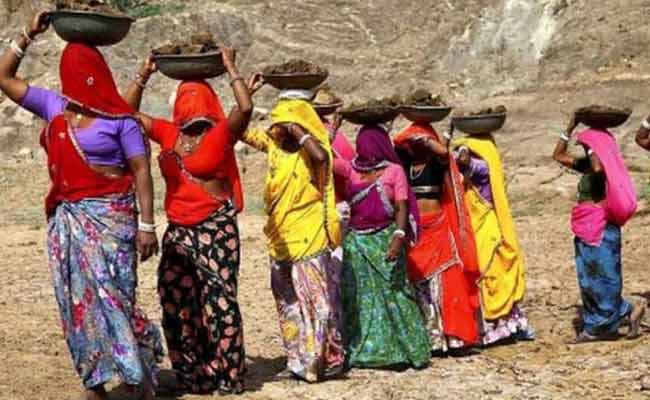 New Delhi: After a day of announcing an increase in wages under the rural job scheme MGNREGA, the Centre has released Rs 4, 431 crore for clearing pending wages under the programme and has further instructed to clear the dues by April 10, informed officials on Friday.

The announcement was made at a time a nationwide lockdown to combat the coronavirus outbreak has left wage labourers with no work and financial resources.

The government will clear all pending wages under the employment guarantee scheme amounting to Rs 11,499 crore by April 10, out of which Rs 4,431 crore has been released till Friday, officials said.

They said all the funds will be transferred directly into the beneficiaries’ bank accounts.

Officials said the increase in wages under the Mahatma Gandhi National Rural Employment Guarantee Act (MGNREGA) will came into effect from April 1.

With this rise in wages, the national average wage under MGNREGA will increase to Rs 202 per person per day from Rs 182.

Officials also informed that individual-oriented work under MGNREGA such as work carried out by beneficiaries belonging to SCs and STs on their own land may continue.

Similarly, the work done by women who are bread-earners of their families on their own land may also continue during the lockdown.

But all other MGNREGA works have been stopped due to the threat of coronavirus.

The Union Rural Development Ministry had increased the rate of wages under the MGNREGA for 2019-20 fiscal with approval from the Election Commission. The wages had increased in a range of two to 8.76 per cent in most of the states except West Bengal, Karnataka, Kerala and Goa, where the wages had not been increased for the 2019-20 fiscal. Among the states, the increase of wages in Mizoram was the highest at 8.76 per cent from Rs 194 to Rs 211.