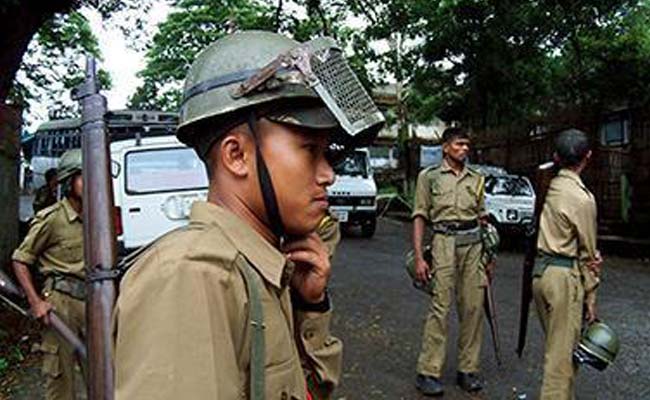 Shillong: Curfew was reimposed Saturday noon in some areas of Shillong town after one person was killed in clashes between KSU members and non-tribals during a meeting on CAA and inner line permit (ILP), officials said.

The Curfew was imposed on Friday night following the clashes and lifted at 8 AM on Saturday.

A ban on mobile internet services was continuing in six districts, they said.

Curfew was reimposed at noon in the areas under Lumdiengjri and Sadar police stations of Shillong town, they said, adding that five additional companies of armed police forces have been deployed in sensitive areas.

The situation in the state is under control and a close watch is being maintained, an official said.

The clashes between the Khasi Students Union (KSU) members and non-tribals broke out during anti-Citizenship Amendment Act (CAA) and pro-ILP meeting held in the Ichamati area of East Khasi Hills district close to the Indo-Bangladesh border on Friday.

Officials said SMSes will be limited to five per day.

Police have arrested six persons in connection with the attack on the rally at Ichamati on Friday leading to the death of a pro-ILP activist, officials said.

Meghalaya Governor Tathagata Roy has appealed to people to stay calm and not pay attention to rumours.

“I appeal to all citizens in Meghalaya, tribal or non-tribal, keep calm. Don’t spread rumours and don’t listen to rumours. The chief minister has spoken to me. He assured me he is taking all necessary steps. The prime requirement now is to maintain law and order,” the governor said in a statement.

Rymbui said a magisterial inquiry has been initiated into the incident to find out the truth.

He said the curfew was clamped and mobile internet services suspended as a precautionary measure.