New Delhi: Praising Prime Minister Narendra Modi for his Make in India initiative, actor and senior BJP leader Shatrughan Sinha on Thursday said the move will help in curtailing the influx of counterfeit and smuggled products in India, which had given rise to the black economy. He urged the stakeholders to take this agenda to […]

New Delhi: Praising Prime Minister Narendra Modi for his Make in India initiative, actor and senior BJP leader Shatrughan Sinha on Thursday said the move will help in curtailing the influx of counterfeit and smuggled products in India, which had given rise to the black economy.

He urged the stakeholders to take this agenda to the global platform and engage NRIs in the movement against illicit trade.

"It was high time and the right time for promotion, protection and projection of India's goods and to fight against smuggling, counterfeiting and illicit trade," Sinha said in his address at Ficci CASCADE event 'MASCRADE' (Movement Against Smuggling and Counterfeit Trade), adding that under the leadership of Modi and Make in India programme, this has been made possible.

According to Sinha, who is the MP from Patna Sahib, much more is needed to be done to change the general mindset with respect to the use of smuggled and illicit goods.

The Committee Against Smuggling and Counterfeiting Activities Destroying the Economy (CASCADE) said terrorist organisations are manufacturing counterfeit goods and smuggling them across borders to finance their crime operations.

"In India gold, tobacco and narcotic drugs accounts for the major smuggled goods. Also 4.2 to 5.4 million jobs to be lost globally by 2022 due to counterfeiting and piracy worldwide," it said.

The theme of this year's conference was "Protect Your Brand Globally: Fight Counterfeiting, Smuggling and Piracy".

The conference was organised with the aim to ensure that national and international stakeholders can talk with policy makers to identify opportunities for joint action between governments and the private sector to combat illicit cross-border trade.

As part of the inaugural programme, Union Commerce and Industry Minister Suresh Prabhu, in a video message, said that India was moving towards becoming a knowledge economy and this meant respecting and protecting the knowledge and intellectual property of its creators.

"We need to understand this relationship and work towards effective mechanisms to counter its worldwide impact. It's a race against time as all of us are the stakeholders.

"The policymakers are steadily taking steps but the need of the hour is to seek bold and out of the box solutions," said Rajput.

Several international organisations such as Interpol, United Nations Office for Drugs and Crime (UNODC), Organisation for Economic Corporation and Development, US Homeland Security and US Patents and Trademarks Office are participating in the two-day conference.

Sergey Kapinos, UNODC's Regional Representative, South Asia, said smuggling and counterfeit goods not only hamper the economic growth of the country but also adversely affect the social fabric and the well-being of its people, and called for framing robust policies and effective implementation to curtail this menace.

Ficci CASCADE and KPMG India (knowledge partner for MASCRADE, 2017) also released a report titled- "Illicit trade: Fuelling Terror Financing and Organised Crime", which reveals that India was the third most affected country by terrorist activities in 2016, with the first and second positions occupied by Iraq and Afghanistan respectively. 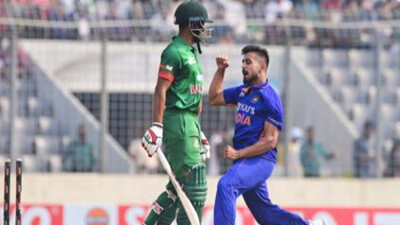