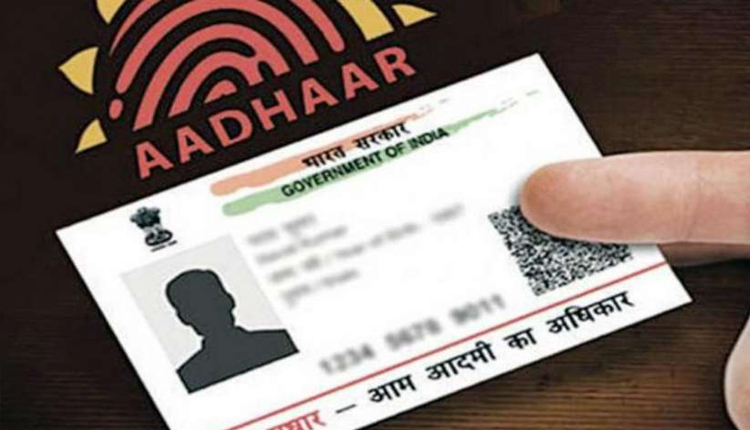 New Delhi: The Lok Sabha on Monday unanimously passed a Bill making Aadhaar mandatory for registration of organisations receiving foreign funds and to give the government powers to stop utilisation of foreign funds by an organisation through a “summary enquiry”.

The Bill was introduced in the House on Sunday. Speaking for the passage of the Bill on behalf of Union Home Minister Amit Shah, Minister of State of Home Nityanand Rai said there was a need to streamline the provisions of the earlier Act by strengthening the compliance mechanism, enhancing transparency and accountability in the receipt and utilisation of foreign contribution worth thousands of crores of rupees every year and facilitating genuine non-governmental organisations or associations who are working for the welfare of the society.

The Minister assured that amendment in the law is “not against any NGO as well as any religion”. “FCRA is a national internal security law…This amendment is necessary for Aatmanirbhar Bharat,” Rai said while clearing doubts of other MPs regarding the Bill.

The Minister said the annual inflow of foreign contribution has almost doubled between the years 2010 and 2019, but many recipients of foreign contribution have not utilised the same for the purpose for which they were registered or granted prior permission under the said Act.”Many of them were also found wanting in ensuring basic statutory compliances such as submission of annual returns and maintenance of proper accounts. This has led to a situation where the Central Government had to cancel certificates of registration of more than 19,000 recipient organisations, including non-Governmental organisations between 2011 and 2019.”

Criminal investigations also had to be initiated against dozens of such non-governmental organisations which indulged in outright misappropriation or mis-utilisation of foreign contribution, he said. Seeking to amend clause (c) of sub-section (1) of section 3 of the Act, the government has proposed to include “public servants” within its ambit, to provide that no foreign contribution shall be accepted by them.

Earlier, it was restricted to legislators, election candidates, journalists, print and broadcast media, judges, government servants or employees of any corporation or any other body controlled or owned by the government.

It has also sought to prohibit any transfer of foreign contribution to any other association or person. Amendment of section 17 of the Act has sought to provide that every person who has been granted certificate or prior permission under section 12 shall receive foreign contribution only in an account designated as ‘FCRA Account’ which shall be opened by him in such branch of the State Bank of India at New Delhi, as the Central Government may, by notification, specify. It has, however, allowed the organisation to transfer these funds to another account for utilisation.

Congress Leader of House Adhir Ranjan Chowdhury said the Bill aims to save the PM-CARES fund and raised a question on the need to make the Aadhaar card mandatory.

Congress leader Gaurav Gogoi demanded that the Bill be sent to the Standing Committee for consideration. Initiating the debate, Congress leader Anto Antony said 6,600 NGO were cancelled in the last three years alleging the government was targeting minorities, and sought withdrawal of “unconceived amendments” from the Bill.

BJP’s Satyapal Malik informed the House that 19,000 organisations were not using received foreign funds for the specific purpose.

Saugata Roy said the Bill is being amended to tighten screws against those organisations which are receiving funds from abroad. “The Ministry is trying to put screws on such organisations. If any organisation receives foreign contribution, it cannot transfer the contribution to another organisation.This may also play foreign funding agencies and foreign transmaking organisations registered under FCRA in difficulty.”

You Are So Much More: Ileana D’Cruz