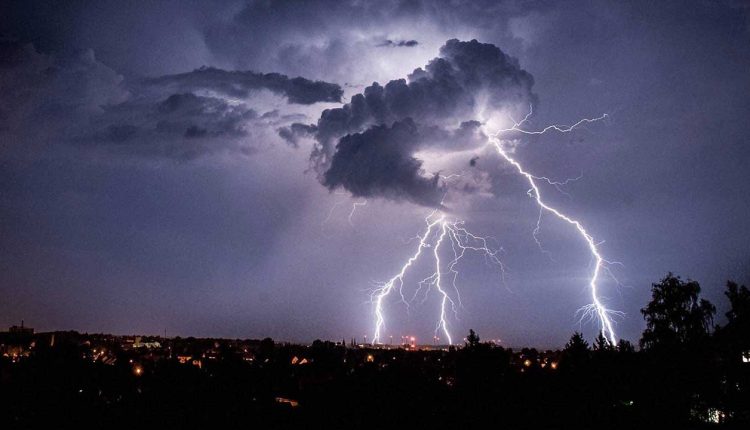 Patna: Fifteen more people lost their lives due to lightning amid heavy rain and thunderstorms in seven districts of Bihar in the last 24 hours.

According to the information received from the districts, 15 persons were killed by lightning during the past 24 hours in the state. Of these, six persons died in Vaishali, two in Lakhisarai, three in Samastipur and one each in Gaya, Banka, Nalanda and Jamui districts.

The meteorological department has issued an alert for thunderstorms in more than a dozen districts, including Patna, Bhojpur, Vaishali and Nalanda in the state.

Chief minister Nitish Kumar has appealed to the people to be vigilant and follow the guidelines issued by the disaster management department for protection against lightning in the inclement weather. He suggested that people stay at home and be safe.

On Thursday, 26 persons died due to lightning striking different districts. These included six in Patna, four in east Champaran, seven in Samastipur, three in Katihar, two each in Shivhar and Madhepura and one each in Purnia and west Champaran districts.

Last Tuesday, 11 persons died as lightning fell in various districts of Bihar while on June 26, 96 persons perished as lightning struck different parts of the state.

Lightning Kills 83 In Bihar, 24 In UP Amid Thunderstorms