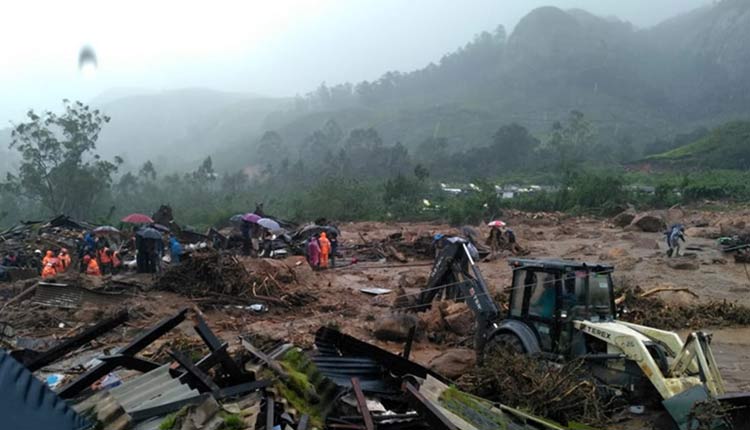 Thiruvananthapuram: Even as six more bodies including those of three children were recovered from the debris of the landslide that flattened 20 houses of tea estate workers in Kerala’s Idukki district, confusion still prevails about the actual number of those missing.

With the recovery of six more bodies the death toll in Thursday night’s landslide which occurred about 30 km from the popular tourist destination of Munnar has reached 49.

The incident occurred where four rows of estate workers’ houses attached to the Tata Tea estate were completely destroyed in the landslide.

In all there were said to be 73 people residing in those houses.

Of these 73 people, 49 are dead, 12 have been rescued and are currently under treatment in various hospitals and hence 12 more are missing. However, some witnesses claim there were 83 people in all at the estate lines, which means the number of missing would be 22.

Former Chief Minister Oommen Chandy and two of his former cabinet colleagues who visited the site on Monday wished that Chief Minister Pinarayi Vijayan had visited the place, as it would have given the grief stricken people a sense of confidence.

Ruling Left Democratic Front convenor A. Vijayaraghavan, who was at the spot, said the Opposition is trying to whip up emotions by complaining that Vijayan has not come so far.

“He (CM) did not come because of the inclement weather, but the rescue work is going on very well. The rescue work will not be over till the last body has been found,” said Vijayaraghavan.

Top leaders of the Congress and the BJP including Minister of State for External Affairs V Muraleedharan have visited the accident site.

Vijayan however said that what was announced for the landslide victims was the first tranche and they have no problems with providing more money, depending on their need which includes homes and other relief.