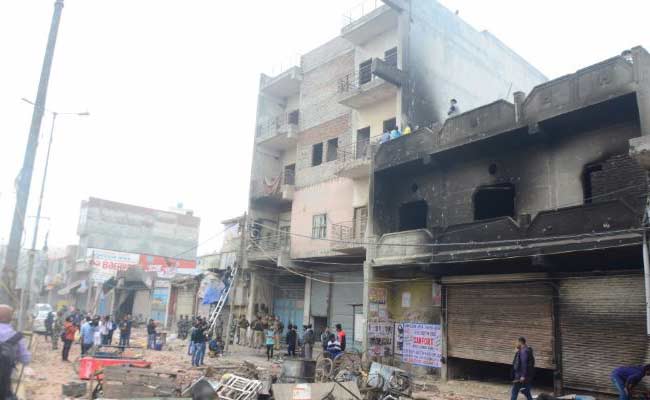 New Delhi: Announcing Rs 10 lakh each as compensation to the families of those killed in violence in northeast Delhi, Chief Minister Arvind Kejriwal on Thursday asserted that any AAP member found guilty of involvement should get double the punishment prescribed in law.

The Chief Minister appealed that no politics should however be done over the issue of national security.

Earlier in the day, BJP leader Kapil Mishra had demanded a scrutiny of the call details of Tahir Hussain whereas BJP MP Gautam Gambhir claimed that the Chief Minister’s “silence is deafening”.

Unverified video clips have gone viral on the social media, wherein a man reported to be Tahir is seen holding a stick, after which both Mishra and the BJP upped the ante against the AAP. This comes a day after the AAP press conference to question Union Home Minister Amit Shah on the violence.

Kejriwal announced Rs 10 lakh compensation for the kin of those who died in the riots. He also announced the widening of the ambit of the ‘Farishte’ scheme, whereby anyone affected by the violence can also avail of free treatment at any private hospital.

Those seriously hurt will get Rs 5 lakh each. He also announced compensation for damage to property and possessions like rickshaws.

Kejriwal said that an app would be rolled out for filing of compensation claims by the affected.

Those who lost their homes will be accommodated at Rain Baseras (night shelters) till their houses are rebuilt, said the Chief Minister. He also said his government will provide food in riot-affected areas, in view of curfew imposed in some areas.

The Union Home Ministry, meanwhile, informed that a total of 113 companies of Central Armed Police Force (CAPF) and Delhi Police are deployed in the strife-torn areas of the national capital to maintain law and order.

The Ministry said that the deployment of the security personnel was made a day after the deadly violence broke out in various areas of northeast Delhi that include most affected localities of Bhjanpura, Chand Bagh, Maujpur, Kardampuri, Jafrabad, Ashok Nagar, Shiv Vihar and many other nearby places.

Asserting that the “situation is under control”, the Ministry said that a total of 73 companies of CAPF or paramilitary forces were deployed in the city on Monday in addition to 40 companies of Delhi Police.

One company of CAPF or Delhi Police consists of around 105 to 115 personnel.

As per the calculation, a total of 113 companies or around 12,000 security personnel from CAPF and Delhi Police have been deployed in the violent hit areas.

The Ministry’s clarification came after reports in some sections of media raised questions about shortage of police personnel in the city which led to the turmoil in the city which began after a clash between groups of anti-CAA or pro-CAA supporters.

“As against cited shortages of police personnel in Delhi, it is stated that there is adequate strength of forces on the ground since this Monday. Based on professional assessment, 73 companies of CAPFs deployed in addition to 40 Coys of Delhi Police. Situation is under control,” Ministry spokesperson Vasudha Gupta said.

Violence in northeast Delhi was triggered on Sunday afternoon after a face-off between pro- and anti-CAA groups, leading to the death of at least 36 persons, including a police official and an IB staffer. Over 200 persons were injured.