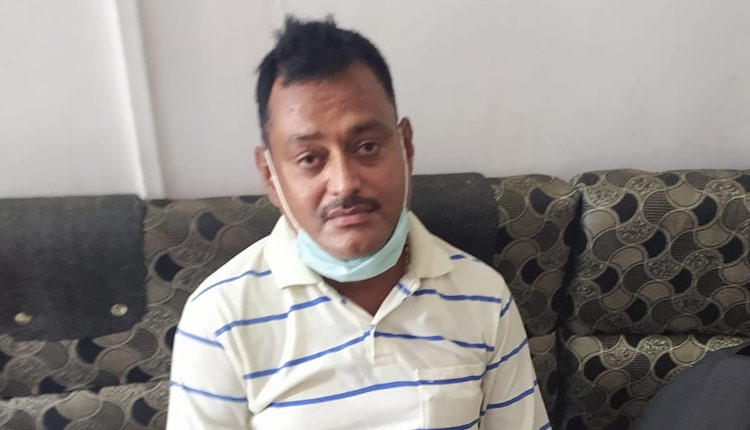 Lucknow/Bhubaneswar: After nearly six days of manhunt, Vikas Dubey, the prime accused in Kanpur police encounter which left as many as 8 cops on Friday was arrested today.

National media reports suggested that the gangster was spotted by police near Ujjain’s Mahakal and was immediately arrested.

“Vikas Dubey was going to Ujjain Mahakal temple when he was identified by security personnel. Police were informed, he confessed his identity after being pushed for it. He has been apprehended by police & interrogation is underway,” Ashish Singh, Ujjain Collector was quoted as saying to ANI.

“It is a big success for the police, Vikas Dubey is a cruel killer. Whole Madhya Pradesh police were on alert. He has been arrested from Ujjain Mahakal temple. We have informed Uttar Pradesh Police,” Narottam Mishra, Madhya Pradesh Home Minister was quoted as saying to ANI.

Earlier in the wee hours today, Vikas’s two aides were shot dead by the state police in two separate encounters.

Five persons have so far been killed in separate police encounters since the Kanpur ambush.

Earlier, Amar Dubey was killed in Hamirpur on Wednesday, while Prem Prakash Pandey and Atul Dubey were gunned down in an encounter in Kanpur on July 3.

Eight police personnel, including a circle officer, were shot dead and six policemen seriously injured when Dubey and his gang sprayed them with bullets in Vikru village under Chaubeypur police circle in Kanpur on Friday.

Seven others, including a civilian, were injured in the attack from a rooftop on a police team after it entered Bikru village to arrest Vikas Dubey, a history-sheeter who has about 60 criminal cases against him.