India Offered To Evacuate People From All Neighbouring Countries From Wuhan: Jaishankar 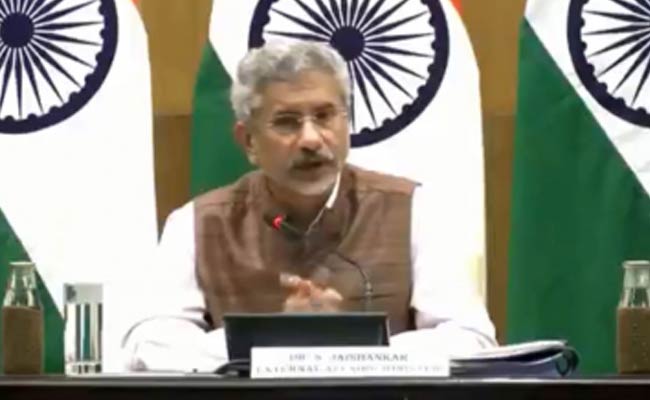 New Delhi: India had offered to evacuate people from all the neighbouring countries while bringing back Indian students from the Chinese city of Wuhan in the wake of the deadly coronavirus outbreak, External Affairs Minister S. Jaishankar told the Rajya Sabha on Friday.

The minister said that seven Maldives nationals chose to avail the offer during the evacuation carried out recently by Air India.

“At the time when two flights were going, we had told all the students and the larger community in Wuhan that we were not only prepared to bring back our own people, but all the people in our neighbourhood who would like to return,” Jaishankar said.

“It was an offer made to all our neighbours. But only seven nationals of the Maldives chose to avail the offer. The offer was made to everyone,” he added.

Jaishankar said that nearly 80 Indian students are still in Wuhan, including 10 students who were not allowed to board the special flights due to running fever.

He said that about 70-odd people chose to voluntarily stay in Wuhan and not get evacuated by the two flights.

Wuhan in China is the epicentre of novel coronavirus (2019-nCoV). The deadly virus has fast spread in China, infecting more than 30,000 people while the death toll is estimated to have reached 600.

Protein Linked To Commonest Cause Of Blindness Identified