I Am Healthy, Not Suffering From Any Disease: Amit Shah 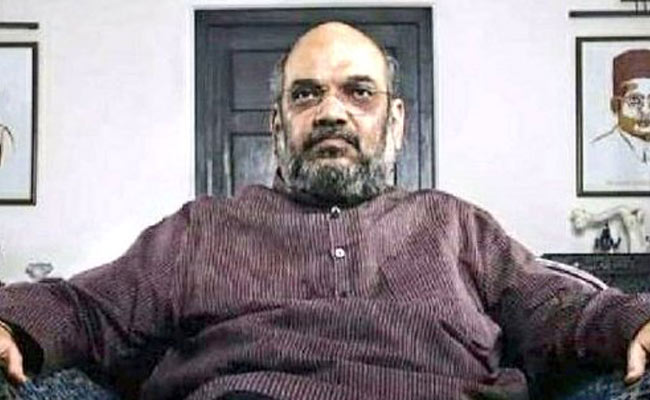 New Delhi: Union Home Minister Amit Shah issued a statement on Saturday clearing the air over online speculation on his alleged health conditions. Calling it “baseless rumour”, Shah said the reason he has come up with clarification is that, BJP cadres have grown concerned.

“Since lakhs of ‘karyakartas’ have expressed concern over this speculation spread by certain ‘well wishers’, I decided to issue the clarification,” read the statement.

Shah claimed that over the last few days, there have been rumours spreading on social media regarding his health condition. some even going to the extent of wishing death for him through tweets.

Shah said he chose to ignore the rumours as he was busy fighting the COVID-19 outbreak. He said he went on ignoring these rumours to let people “enjoy their imagination”. But it is the concern of BJP cadres which forced him to make the clarification, says the Home Minister.

He said according to Hindu faith, such rumours add to one’s life. He said he held no grudge against those who spearheaded the misinformation campaign. He took a subtle dig at them by saying, “I thank you as well”.

The Minister, however, appreciated the commendable work done by the CAPFs to tackle the healthcare problem and also discussed with officers concerned the measures to prevent further spread of corona infection among troopers and ensure their well-being.

As many as 35 CISF personnel are among the infected troopers, including 15 in Mumbai, 14 in Delhi, four in Kolkata, and two in Greater Noida.

Indo-Tibetan Border Police (ITBP) has 37 positive personnel and 204 have been quarantined.

Out of 15 infected Central Industrial Security Force personnel, 11 were deployed at the Mumbai airport, two at Mumbai port, and one each at a government mint and Hindustan Petroleum/Bharat Petroleum Corporation Limited.

Among those infected in Delhi, three were posted at the Delhi airport and 11 at Delhi Metro Rail Corporation (DMRC).

In Kolkata, three infected CISF personnel were performing duties at Kolkata Port Trust and one at Garden Reach Shipbuilders and Engineers Ltd.