Govt Does Not Discriminate On Basis Of Faith, Caste: PM Modi 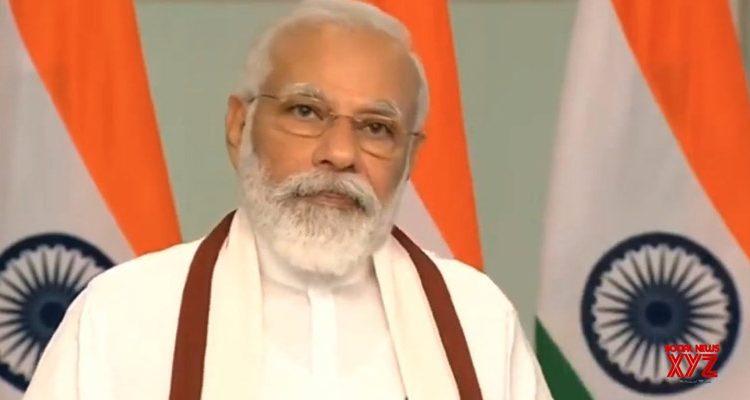 New Delhi: Prime Minister Narendra Modi on Saturday sent out a strong message of inclusivity, saying his Government does not discriminate on the basis of any faith or caste. Prime Minister Modi also praised the role of Mar Thoma Church in the freedom struggle.

Modi was addressing the 90th birthday celebrations of Rev Dr Joseph Mar Thoma Metropolitan. He joined the Kerala based Church via video conference.

“Government does not discriminate among faith, gender, caste, creed or language,” remarked the Prime Minister adding that the guiding light for the Centre is the Constitution of India.

“The Mar Thoma church played a role in India’s freedom struggle. The church was at the forefront of working towards national integration,” remarked Modi while adding that the church fought the Emergency too. “It is a matter of great pride that the Mar Thoma church is firmly rooted in Indian values,” he said.

Meanwhile, Prime Minister Modi used the event to assert India’s successful fight against Coronavirus. He said, “India’s recovery rate against COVID-19 is rising. Any loss of life is unfortunate due to Covid-19 or any other reasons. However, India’s death rate per million population is under 12. To place this in a context, the death rate in Italy is 574 per million population.”

The world is fighting a strong battle against a global pandemic. #COVID19 is not only a physical sickness that is a threat to lives of people. It also takes our attention to unhealthy life-styles: PM Narendra Modi

He said that the figures in America, Spain, Britain and France are much higher than that of India.

PM Modi said that while trade and businesses have started to open up, there is a need to practise precautions.

Addressing the influential Church event, PM also spoke about self-reliant India, saying it will bring “prosperity for every Indian”.

“The aim is to increase export earning and provide more employment to over 55 lakh people,” he claimed.

Prime Minister Modi also cited the role of ground reports behind every decision of the Central government. He said, “We have taken the decision not by sitting in comfortable government offices of Delhi but after feedback from the ground. This sentiment made it possible to open a bank account of every Indian.”

Prime Minister also stated that today over 8 crore families have smoke-free kitchens. More than 1.5 crore houses have been built and given to the homeless. India has Ayushman Bharat as the world’s largest healthcare scheme.