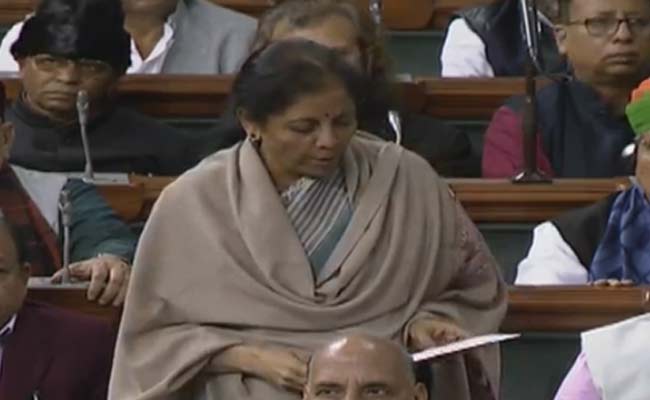 New Delhi: Finance Minister Nirmala Sitharaman on Tuesday said that while the current government has been transparent in declaring extra-budgetary expenses the previous UPA regime chose to keep its books clean by pushing its liabilities from oil subsidies to the state-run oil marketing companies (OMCs).

Responding to accusations of data and account fudging in the Rajya Sabha, Sitharaman said that the current government, in contrast to the UPA, has come clean on its extra-budgetary borrowing and, on top of that, paying the interest of Rs 9,900 crore every year on UPA-era oil bonds.

“Oil bonds worth a total of Rs 1.40 lakh crore, or 1.9 per cent of the GDP, was issued during the UPA regime to subsidise the oil prices and its burden was pushed to the OMC’s to keep their books from looking bad, and now you (Congress) are accusing us of data and account fudging?”, she said.

“We didn’t hide it. We did not push it to the OMC’s. Bad loans ran into lakhs of crore under UPA and we are bringing it back. Unlike the previous government, we are cautious of the fiscal deficit target respecting the FRBM (Fiscal Responsibility and Budget Management) Act,” she said.

Sitharaman also responded to former Finance Minister P. Chidambaram’s remark that the economy is in intensive care and being handled by “incompetent doctors”, by saying that the current regime inherited “the twin-balance sheet problem in 2014 which resulted in several problems for the PSUs (public sector undertakings)”.

Jasprit Bumrah A Threat Every Time He Comes In To Bowl: Kane Williamson