Nagpur: Observing that farmers were in “pain”, RSS chief Mohan Bhagwat said today that steps taken by governments such as loan waiver were temporary measures and not a solution to the problem. The RSS chief also asserted that while reforming and cleaning the economic systems, some tremors and instability were expected but the “informal economy” […]

Nagpur: Observing that farmers were in "pain", RSS chief Mohan Bhagwat said today that steps taken by governments such as loan waiver were temporary measures and not a solution to the problem.
The RSS chief also asserted that while reforming and cleaning the economic systems, some tremors and instability were expected but the "informal economy" should feel the minimum heat and should get the maximum strength.

Bhagwat, while speaking at the annual Dussehra event of the RSS here, said that the Niti Aayog and the economic advisers of the states will have to come out of the "same old economic 'isms'" and integrate up-to-date economic experiences with the country's ground reality.

Highlighting the plight of the farmers, Bhagwat said, "Our farmer, who feeds not just his family but the entire nation, is in pain today. He is depressed after facing the onslaught of floods and droughts, export-import policy, meagre pricing, mounting loans and losing everything once the crop is ruined."

He said there was a growing sentiment that the new generation will either become urban educated unemployed or working in farms will disrupt education that will force them to be in villages that are "without any facilities".

Noting that appreciable schemes such as crop insurance, soil testing and e-marketing of agricultural products were being introduced, Bhagwat said the Union and state governments should be more vigilant to ensure effective implementation of these schemes on the ground.

"The measures like loan waivers are also signs of sensitivity and goodwill of the governments, but these temporary measures are not solution to the problem," the Rashtriya Swayamsevak Sangh (RSS) chief said.

Bhagwat stressed that new technology should be adopted and traditional, non-polluting methods should be amalgamated for farmers so that they can do farming with low investment and without getting into a debt trap.

New technology should be adopted only after ensuring that it does not have any adverse long-term impact on the health of soil, environment and human beings, Bhagwat said.

"Farmers should get the minimum price with a profit range over his investment, so that he can bear his family expenditure and save some capital for the next year's farming," he said.

The purchases of crops based on the support price will have to be ensured by the government, Bhagwat asserted.

"The chemical farming that is poisoning our food, water and soil and also increasing the expenditure of farmers should be slowly done away with," he opined.

Bhagwat also stressed on the need to strengthen the "informal economy".

"Employment, that is work for every hand and enough remuneration for sustainable livelihood, should be a major consideration. On these parameters, the biggest contribution is made by small, medium and handicraft industry, retail or small self employed businesses, cooperative sector and agro and agro-allied sector," he said.

These sectors were the security net during the financial ups and downs and economic turmoil, which is "our informal economy", Bhagwat said.

Crores of people get jobs or employment through this sector, the RSS chief said.

"While reforming and cleaning the economic systems, although some tremors and instability is expected, it should be kept in mind that this 'informal economy' should feel the minimum heat and ultimately they should get the maximum strength," he said.

On the issue of formulation of economic policies, Bhagwat said views of all the stakeholders should be taken into consideration.

Noting that speedy economic development, introduction of welfare schemes to the last person standing and the bold decisions are taken at the government level, Bhagwat said there is a requirement of an integrated and holistic policy, which takes into consideration the diversity and various requirements of the nation.

He called for a policy that will address the needs of industry, trade, agriculture and safeguard the interests of big, medium, small industries, small retailers, farmers and landless labours.

The compulsion to move on the currently accepted global policies and standards, even if they are faulty, artificial, create a mirage of prosperity, cause erosion of morality, environment, employment and self-reliance, can be understood to a certain extent, he said.

"However, it is also universally being recognised that all these policies and standards need a rethinking and nation specific unique models of development should evolve," Bhagwat added.

He also noted that despite being faulty, the parameter of Gross Domestic Product (GDP) is still used to measure the health and progress of the economy. 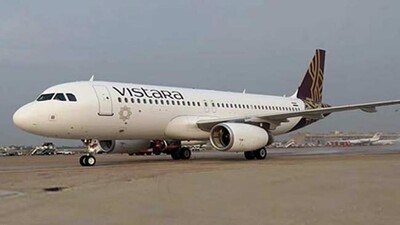