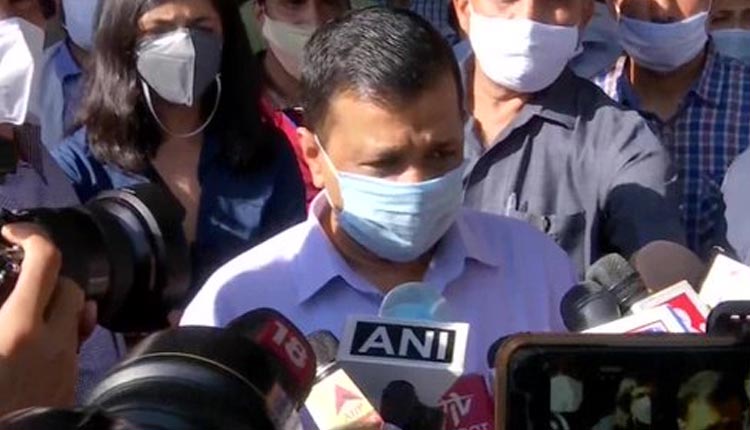 New Delhi: The 12-year-old girl who was sexually assaulted at her west Delhi home two days ago has been operated upon and is stable, said a doctor at AIIMS, where she is undergoing treatment, on Thursday.

However, chairperson of Delhi Commission for Women (DCW) Swati Maliwal, who visited the hospital and interacted with the doctors, said the condition of the girl is “quite serious”.

Delhi Chief Minister Arvind Kejriwal, who also visited the hospital, said the brutality inflicted on the girl has “shaken is soul” and the government will hire the best lawyers to bring the guilty to justice.

He also announced an ex-gratia of Rs 10 lakh for the girl’s family.

“She has suffered severe injuries but her condition is stable now. She was operated upon late on Tuesday night. She is in the ward and on oxygen support,” the doctor said.

Besides the sexual assault, the girl was hit on the face and head with a sharp object. She was found lying in a pool of blood by her neighbours at her home in Paschim Vihar on Tuesday evening, according to police.

“The girl has multiple head fractures and bite marks all over her body. She has been brutally assaulted to the extent that there are injury marks on every part of her body,” Maliwal said.

The DCW chief also questioned the police over the delay in making any arrest in the case.

Even two days after the incident, the police have not arrested the culprit despite the brutal nature of the assault, she said.

“I am summoning the DCP and going to ask him about the investigation,” she said.

Police had on Wednesday said they are questioning the girl’s neighbours and scanning CCTV footage of the nearby area to identify the accused.

“What CCTV footage has been scanned? How many statements have been recorded so far? How is it possible that the accused is still at large?” Maliwal asked.

She demanded that the accused be immediately arrested and sentenced to death.

She added that her team is assisting the victim’s family.

Before his visit to AIIMS, Kejriwal said in a tweet in Hindi that it is unacceptable that the guilty are roaming freely.

Later talking to reporters, the chief minister said he has spoken to Delhi Police Commissioner S N Shrivastava about the case.

The Delhi government will hire the best lawyers for the case and ensure that the accused get the strictest punishment, he said.

“The brutal rape of a 12-yr-old child is absolutely horrific! Those animals deserve nothing less than death. All of us are praying for her and I urge @DelhiPolice to bring the perpetrators to justice at the earliest,” he tweeted.

Delhi Congress president Anil Kumar also visited the victim at AIIMS. He said his party leaders and workers will meet the lieutenant governor to demand justice for the girl.

According to police, preliminary investigation revealed that the parents of the girl were not home at the time of the incident.

An FIR under Section 307 (attempt to murder) of the Indian Penal Code and the Protection of Children from Sexual Offences (POCSO) Act has been registered in the case, the police had said.

In wake of the brutal sexual assault on a minor girl in Delhi, the mother of the December 16, 2012 gang-rape victim ‘Nirbhaya’ said there is “no fear of law in the criminals” and “instant justice” is needed to deal with them.

“The brutal sexual assault on a minor girl in Delhi’s Paschim Vihar is an example of the brazenness of the criminals who did not even spare a child inside her house. The culprits should be brought to book immediately,” said Asha Devi.

Nirbhaya’s mother said she was shocked to read the ordeal of the 12-year-old in a newspaper on Thursday.

Asha Devi, who struggled for years to bring to justice the rapists and murderers of her daughter, said: “I know how it feels for a mother when her child is in the hospital struggling to survive after a gruesome sexual assault. I struggled for almost eight years for justice to my daughter. I did not rest nor leave the case until finally the convicts were hanged.”