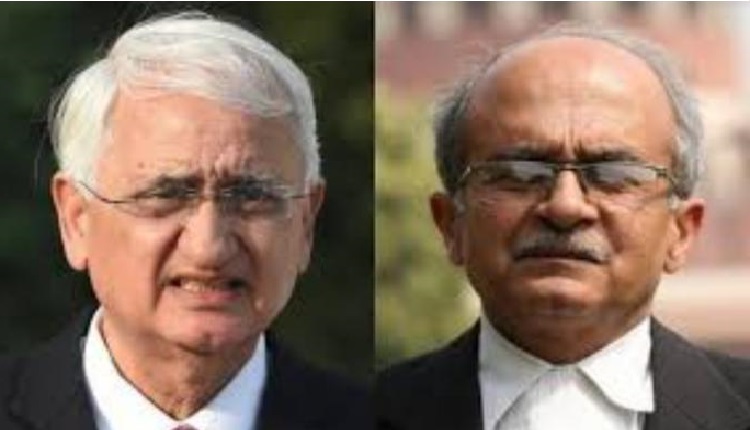 New Delhi: From politicians to lawyers and activists, names of various prominent personalities have come up in the charge sheet filed by the Delhi Police in the Delhi riots case. This includes the name of Congress leader Salman Khurshid and advocate Prashant Bhushan.

Their names have come up in the disclosure statement of the former Congress councillor Ishrat Jahan and one accused Khalid Saifi. Such statements are inadmissible under Section 25 of the Indian Evidence Act.

A similar statement was also given by Khalid Saifi and other witnesses.

On September 16, the police filed a voluminous charge sheet against the accused under various sections of the UAPA, the Indian Penal Code, the Arms Act and the Prevention of Damage to Public Property Act. The copy of the charge sheet was supplied to their counsels on Monday.

The charge sheet was filed in little less than 200 days of the filing an FIR to investigate the conspiracy angle behind the riots that rocked northeast Delhi in February this year.

Clashes between the citizenship law supporters and protesters had spiralled out of control, leaving at least 53 people dead and around 200 injured.

Tahir Hussain has been named as a main accused in the charge sheet. The charge sheet, however, does not name Umar Khalid, Sharjeel Imam, Mohammed Pervez Ahmad, Mohammed Ilyas, Danish and Faizal Khan.

Their names will be added in the supplementary charge sheet.