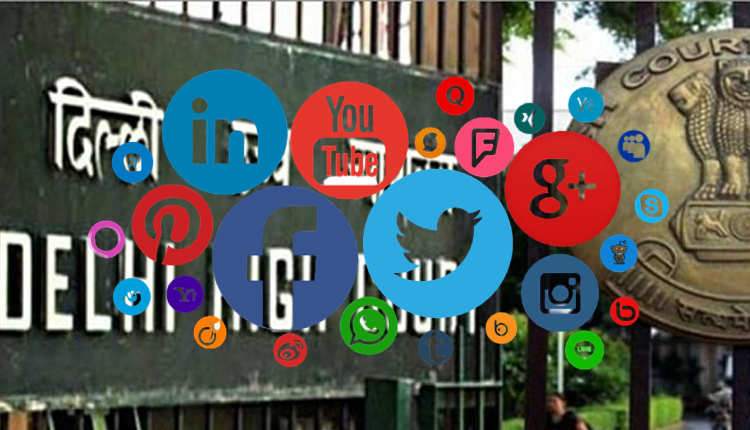 New Delhi: The Delhi High Court on Wednesday turned down a petition which sought court’s direction to the Director-General of Military Intelligence (DGMI) to withdraw its policy which had ordered the Indian Army officers to delete their accounts from social networking platforms like Facebook and Instagram.

While the matter was being heard earlier, the bench had remarked, “If Facebook is so dear to you, then put in your papers. You’ll have to make a choice.”

The court had also said that he has to take a call and asked the army officer to delete his FB account as the policy to ban the use of social networking platforms for army personnel was initiated keeping in view the security concerns of the country.

Choudhary contended that once he deletes all the data, he would lose all his contacts which are there on the social media platforms.

“The Soldiers while posted in remote locations rely on social networking platforms like Facebook to address various issues arising in their families and often use the virtual connection to compensate for the physical distance existing between themselves and their families,” the plea said.

The plea further stated that the Indian Army soldiers serve in remote areas, extreme weather conditions, difficult terrain, with the lingering threat of an enemy attack at all times. The aforesaid conditions, in addition to taking a great toll physically, also have a considerable adverse impact on the mental health of the Soldiers.

“With the advent of the Internet, particularly high-speed connectivity over mobile networks, soldiers found an effective way to come closer to their friends, family and loved ones in the virtual world. This greatly eased the stress suffered by them on a daily basis due to the harsh conditions of service,” the plea said.

The petitioner states he believes that the provisions pertaining to ban the usage of social networking platforms including Facebook and Instagram and the direction to delete accounts violate various fundamental rights under the Constitution including the right to freedom of speech and expression and right to privacy.

‘Left Unchecked, Pakistan Will Grow Into A Threat To…

“Policy to the extent that it bans use of various social networking platforms by soldiers and directs soldiers to delete their accounts on Facebook is illegal, arbitrary, disproportionate and violates fundamental rights of soldiers including but not limited to the freedom of speech and expression, the right to life and the right to privacy,” the petitioner said.

The plea also states the DGMI has cited security concerns and the risks of data breach as the basis of imposing the restrictions contained in the Policy regarding usage of social media platforms.

“The purported concerns and risks highlighted in the policy are not limited to being applicable to only soldiers. There are several members of the civil administration and political class who possess information of a much higher level of sensitivity than a regular soldier and no restrictions apply to the said persons,” the petition said.

Therefore, the act of banning usage and directing deletion of accounts of Soldiers from social networking platforms that the policy intends to enforce is a clear violation of Article 14 of the Constitution of India, it added.