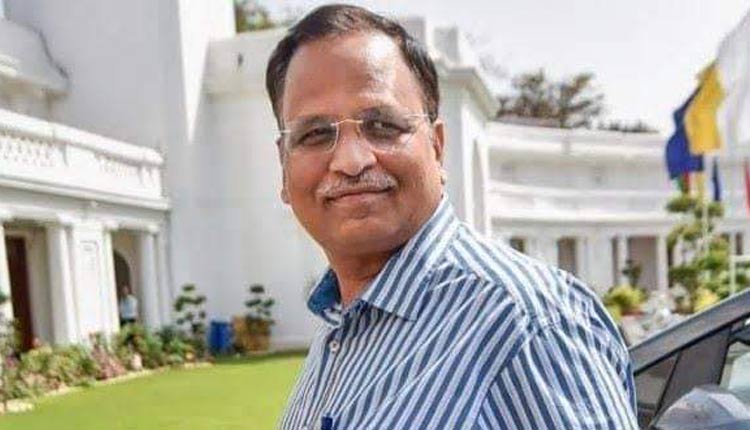 New Delhi: Delhi Health Minister Satyendar Jain, battling the coronavirus infection, was moved to the ICU of the private Max Hospital from a city government-run facility after his condition deteriorated on Friday, sources said.

The sources indicated that the 55-year-old minister is likely to undergo plasma therapy though there was no official confirmation.

Doctors at the government hospital said he has been diagnosed with pneumonia and his oxygen saturation level has also dipped, prompting the hospital authorities to shift him to an intensive care unit.

“He was brought to Max Hospital, Saket in the evening and admitted in ICU,” a source said.

Jain was earlier admitted at the Rajiv Gandhi Super Speciality Hospital (RGSSH), a dedicated COVID-19 facility under the city government in east Delhi.

He had tested positive for COVID-19 on Wednesday, a day after he was admitted to RGSSH, after running high-grade fever and suffering sudden drop in oxygen levels.

Sources at RGSSH said the minister’s family seeing his deteriorating condition, wanted to shift him to a private hospital.

According to doctors who treated him at RGSSH, Jain was kept full-time on oxygen support after his oxygen saturation level (Spo2) had dipped.

“We have put him fully on oxygen support as his Spo2 level had fallen to 89 at one point. The normal level is about 95. Also, he has been diagnosed with pneumonia, so we decided to shift him to an ICU at the hospital,” a senior official of the hospital told PTI earlier in the day.

However, later it was decided to send him to Max Hospital, he said.

“Praying for the speedy recovery of Shri Satyendra Jain, Health Minister of Delhi who is battling with COVID-19 infection,” he tweeted.

Jain was brought to the RGSSH in the early hours of Tuesday and was administered a test for novel coronavirus infection that morning, for which he had tested negative.

His test was repeated on Wednesday as he still had fever and showed symptoms of the infection. The second test result came out positive.

Sources in the Delhi government had on Wednesday said people who interacted with him in the days before his hospitalisation would be quarantined as per the advice of doctors.