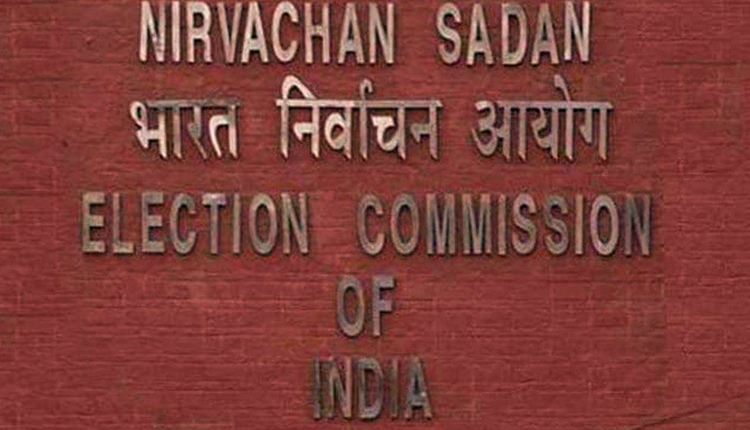 New Delhi: Concerned over large gatherings during campaigning for the upcoming Bihar assembly elections and bypolls in several states amid the coronavirus pandemic, the Election Commission on Wednesday reduced the maximum number of ‘star campaigners’ for recognised national and state parties from 40 to 30.

For unrecognised registered political parties, the maximum number of star campaigners has been brought down to 15 in place of 20 “during the period of pandemic”.

In a letter to all chief electoral officers, the Commission said the period of submission of the list of star campaigners has been extended from 7 days to 10 days from the date of notification for a particular phase of polling.

The Commission said it was informed during the visit to Bihar about the matter of large gatherings because of the presence of star campaigners.

During a press conference on October 1, clarifications were sought about the potential health concerns during such visits, especially huge crowds gathering during the landing of helicopters.

“The matter was further deliberated in the Commission today (Wednesday). After considering all facts and circumstances emerging due to pandemic and keeping a balance between the requirement of campaign by the political parties, (the) Commission has decided to revise the norms of star campaigners,” the letter said.

The three-phased assembly elections in Bihar will be held on October 28, November 3 and November 7.

Various bypolls to vacant assembly seats across states will take place on November 3 and 7.

The Valmiki Nagar Lok Sabha seat in Bihar will also go for bypoll on November 7.

Political parties, which have already submitted a list of star campaigners, will have to resubmit a revised list with lesser number of such celebrity campaigners within the stipulated period.

“Request for permission for the campaigning by star campaigners shall be submitted to the district election authorities at least 48 hours before the start of campaign so that all necessary safety measures are put in place by all concerned stakeholders well in time,” the letter said.