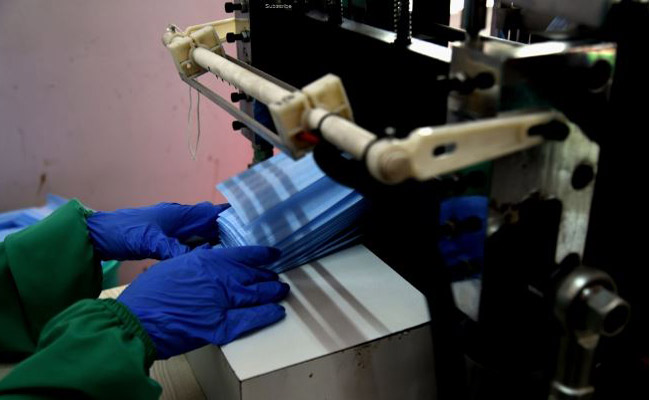 New Delhi: The Indian Railways on Wednesday said that it plans to supply 30,000 personal protective equipment (PPE) to medical professionals across the country amid the novel coronavirus (COVID-19) crisis by April-end.

The national transporter also said that it plans to manufacture one lakh PPE in May.

A Railway Ministry spokesperson said that the production units, workshops and field units have started manufacturing PPE coveralls for healthcare personnel, who get directly exposed to coronavirus while treating infected patients.

“Indian Railways will produce over 30,000 such coveralls in April 2020 and plan to manufacture one lakh in May,” the official said.

“In order to fill the gap in availability and requirement of PPE, the Jagadhari workshop of Northern Railway had taken the initiative to design and manufacture the prototype PPE coverall. The prototype was tested by Defence Research Development Establishment (DRDO) Laboratory at Gwalior, authorised for conducting such tests,” he said, adding that it had cleared the test with the higest grades.

The official said that Railway doctors, medical professionals, other health workers and caregivers are working tirelessly to fight coronavirus.

He said that as a first line of defence against contracting coronavirus, the health professionals need to be provided with special impervious coverall that acts as a barrier to the virus as well as other disease-carrying fluids.

The official pointed out that taking the initiative forward, Indian Railways has been able to procure and distribute to its workshops and other units sufficient raw material for manufacturing more than 30,000 PPE coveralls in April.

“The production has started and Railway’s own doctors, the end-users of these coveralls, have also been involved in trying out these coveralls as their production is ramped up. To meet the growing requirement, Indian Railways have set the target of manufacturing another one lakh PPE coveralls in May and sourcing appropriate raw material has started,” he said.

Planning for any future requirement, the Railways has already converted 5,000 coaches into isolation wards for over 80,000 Covid-19 patients.

The 21-day nationwide lockdown from March 24 to April 14 was extended till May 3 by Prime Minister Narendra Modi to combat the spread of the pandemic.

The Railways has also extended the suspension of passenger, mail and express train services till May 3 and also stopped passenger bookings until further orders.

On the other hand, the South Central Railway (SCR), in the backdrop of the Bandra incident in Mumbai, has yet again clarified that there is no proposal to operate special trains for migrants stranded in the railway division that predominantly serves the states of Andhra Pradesh, Telangana, Maharashtra and parts of Karnataka, Tamil Nadu and Madhya Pradesh.

The SCR clarification on Wednesday comes following reports in certain quarters that the particular zone is preparing to start services for migrant labourers in its area of operations.

Taking to Twitter on Wednesday, SCR stated: “CLARIFICATION: A communication related to internal planning of SCR to assess demand for train services is being misinterpreted in some sections as decision to run spl trains for migrant labour.

CLARIFICATION: A communication related to internal planning of SCR to assess demand for train services is being misinterpreted in some sections as decision to run spl trains for migrant labour

There is NO such proposal & ALL Passenger Trains stands CANCELLED till 03.05.2020

Late on Tuesday evening too, SCR issued a media release stating that all passenger trains remain suspended till May 3, on account of the extended lockdown due to COVID-19. However, with reports emerging that special trains are being operated for migrants, SCR hastened to clarify and avert any law and order situations.

On Tuesday, large crowds of migrants had gathered at the Bandra railway station in Mumbai, following rumours of special trains being arranged to transport them to their homes in other states. The railways have been rushing to clarify that no such moves are being initiated.