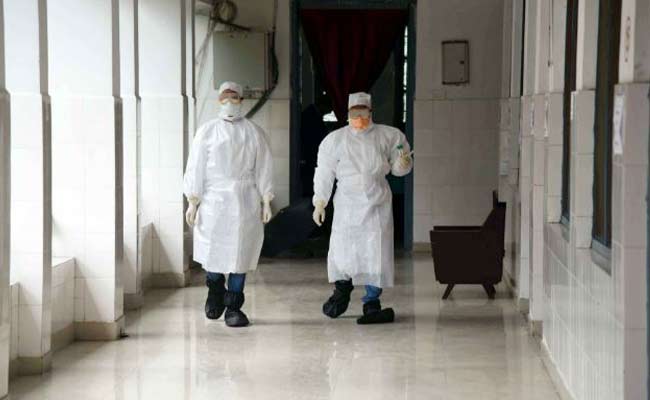 New Delhi: With one more death reported from Punjab , India’s death toll due to novel coronavirus had reached four. The earlier three deaths were reported from Delhi, Karnataka and Maharashtra.

The death reported from Punjab was of an elderly man who had travel history of Germany and Italy. The 79-year-old man died at a civil hospital in Banga town in Shaheed Bhagat Singh Nagar district on Wednesday owing to a heart failure, officials said, adding that after his death, he was diagnosed coronavirus positive.

Doctors who treated him told the media that the victim’s family had informed them about his travel history after he died of the heart attack. In India, there are 167 active cases of Covid-19 cases at present, while 15 people have recovered and have been discharged from the hospital. The global toll has crossed 9,000 with China, Italy and Iran the most-hit.

Meanwhile, the government on Thursday said one Indian who tested positive for coronavirus has died in Iran while the other citizens infected with the disease are being provided treatment and taken care of by the Iranian government. “We have evacuated 590 people from Iran where the situation is very severe.

The Indians infected with coronavirus in Iran have been segregated and taken care of very well by the government there. We believe they will recover and we will bring them back,” a senior MEA official said, adding that 201 Indians were evacuated from Iran on Wednesday.

The official said closely knit families required some persuasion and counselling during the process of segregation to prevent the spread of the contagion. “Some pilgrims and students are still there and our embassy and mission are in control (of the situation),” he said.

The death toll from coronavirus (COVID-19) infection has crossed 9,000 mark worldwide, with a total of 2,25,254 cases and 85,831 recoveries, as recorded till 11a.m. GMT on Thursday, according to worldometers.info.

With 712 more deaths reported in the past 24 hours and a total of 90,293 cases, Europe is now the region where COVID-19 is spreading the most rapidly.

India on Thursday recorded 173 active Covid-19 cases till 5 p.m. (IST) including 25 foreign nationals. Four persons have succumbed to the dreaded virus so far — one each in Maharashtra, Delhi, Karnataka and Punjab.

Italy on Wednesday reported 475 new deaths from the novel coronavirus, the highest one-day official toll of any nation since the first case was detected in China late last year. However, China on Thursday said no new domestic cases of the coronavirus were reported for the first time in the country, three months after the deadly virus broke out in Wuhan.

Total deaths in Italy have reached 2,978, more than half of all the cases recorded outside China, while the number of infections stood at 35,713. The previous record high of 368 deaths was also recorded in Italy, on Sunday.

On the other hand, China’s National Health Commission (NHC) in its daily report on Thursday said no new domestically transmitted cases of the novel coronavirus disease (COVID-19) were reported on the Chinese mainland on Wednesday.

It, however, said 34 new confirmed COVID-19 cases were reported but they were all from those arriving from abroad.

Wuhan, which bore the brunt of the virus since it broke out in December last year, also reported zero cases on Wednesday, marking a notable first in the city’s months-long battle with the deadly virus, state-run Xinhua news agency reported.

Eating Protein May Ward Off Atrial Fibrillation In Women