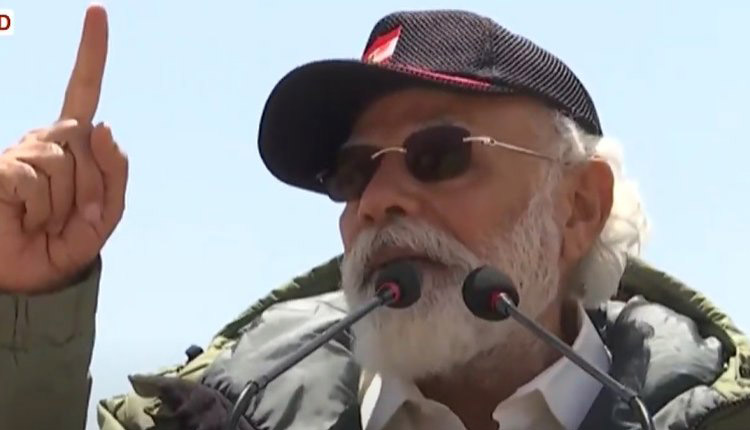 Ladakh: Paying tributes to the 20 Army men killed in a violent face-off with Chinese troops in east Ladakh, Prime Minister Narendra Modi on Friday said the bravery shown by the soldiers has sent a message to the world about India’s strength.

The whole country has faith in your strength. The country is safe in your hands,” P Modi said while addressing to forces in Ladakh today.

“Your valour, respect and sacrifice towards mother earth cannot be compared. Your courage is higher than the mountains where you are posted,” the PM said in his address.

The PM reached Ladakh in a surprise visit to review the situation amid the ongoing face-off between Indian and Chinese forces.

“Those who are weak can never initiate peace, bravery is a pre-requisite for peace, Bharat Mata’s enemies have seen your fire and fury,” Modi said.

“Era of expansionism is over. This is the era of development. Any nation that pushes ahead with expansionism ends up hurting world peace or is defeated or having to change course. Powers with greed of expansionism have always perished or mingled with someone else and history proves it,” the PM said.

Modi also mentioned the efforts to strengthen the national security apparatus and to ensure the well-being of the armed forces.

He highlighted recent initiatives of his government such as the creation of chief of defence staff post, construction of a grand National War Memorial, the fulfilment of OROP after decades and steps to ensure the well-being of the families of the armed forces personnel.

In his address, the prime minister recalled the greatness of Ladakh’s culture as well as the noble teachings of Kushok Bakula Rimpoche. He described Ladakh as a land of sacrifice and a land that has given several patriots.

PM Modi aslo affirmed that the people of India are inspired by the teachings of Lord Buddha, for whom courage was linked to conviction and compassion.