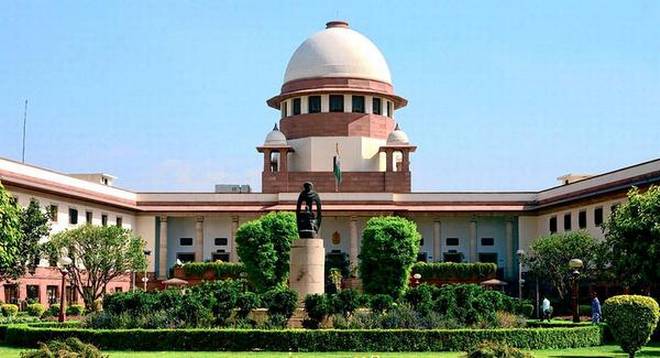 New Delhi: Chief Justice of India S A Bobde on Thursday observed that the country is going through difficult times and there is so much violence going on as the Supreme Court refused urgent hearing on a plea seeking to declare the Citizenship Amendment Act as constitutional.

A bench headed by CJI Bobde expressed surprise over the petition and said this is the first time that someone is seeking that an Act is declared as constitutional.

“There is so much violence going on. The country is going through difficult times and the endeavour should be for peace… This court’s job is to determine the validity of a law and not declare it as constitutional,” the CJI said.

The bench also comprising justices B R Gavai and Surya Kant said it will hear the petitions challenging the validity of CAA when the violence stops.

The observation came after advocate Vineet Dhanda sought urgent listing of his plea to declare CAA as constitutional and a direction to all states for implementation of the Act.

The plea has also sought action against activists, students and media houses for “spreading rumours”.

On December 18, the apex court had agreed to examine the constitutional validity of the CAA, but refused to stay its operation.

The newly amended law seeks to grant citizenship to non-Muslim migrants belonging to Hindu, Sikh, Buddhist, Christian, Jain and Parsi communities who came to the country from Pakistan, Bangladesh and Afghanistan on or before December 31, 2014.

A bench headed by Chief Justice Bobde had fixed a batch of 59 petitions, including those filed by the Indian Union Muslim League (IUML) and Congress leader Jairam Ramesh, for hearing on January 22.