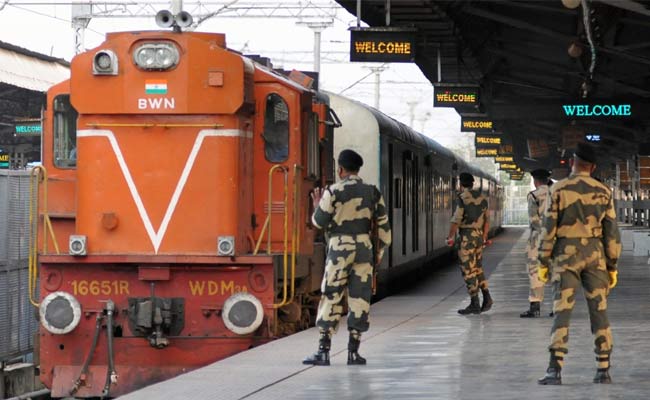 A senior Railway Ministry official said the decision to cancel the trains was taken in view of the low occupancy amid the coronavirus outbreak in several states.

“The railways even increased the prices of the platform tickets at over 250 stations from Rs 10 to Rs 50 to stop the crowding at the railway stations,” he said.

“The decision was taken in order to regulate unnecessary crowding at stations, as a temporary measure and railway board has directed all DRM’s to raise Platform ticket prices to Rs 50 at important stations that deals with large passengers or visitors rush. The prices of platform tickets also has been increased at New Delhi railway station to Rs 50,” informed the official.

“The Western Railway has increased the platform ticket fare to Rs 50 for railway stations of Mumbai, Vadodra, Ahmedabad, Ratlam, Rajkot and Bhavnagar. “The increase in the platform ticket prices is a temporary measure to contain an extra load of people in the railway premises”, the official added.

He pointed out that in March 2015, the railways had delegated power to Divisional Railway Managers (DRMS) to increase the rate of platform tickets beyond Rs 10 to regulate rush at platforms during specific requirements under intimation of its office.

The Chhatrapati Shivaji Maharaj Terminus (CSMT)-Nizamuddin Rajdhani Express in both directions connecting Mumbai with New Delhi will be cancelled on March 20, 23, 27 and 30, and in return direction, on March 21, 24, 26 and 31.

The Lokmanya Tilak Terminus (LTT)-Nizamabad Express in both directions stands cancelled from March 21 to March 29.

The Howrah-Mumbai Duronto Express connecting Kolkata with Mumbai stands cancelled both ways between March 24 to April 1.

The LTT-Ajni Express will not run in both directions from March 20 to March 30, and the Mumbai-Nagpur Nandigram Express is cancelled both ways from March 22-April 1.

The Bhusaval-Nagpur Express is cancelled in both directions between March 18-30 and the Kalaburagi-Secunderabad Express March 18-31.

With the Covid-19 cases crossing the 110 mark, the Indian Railways have started screening passengers in running trains. According to an official of Railway Ministry, the national transporter officials have started the screening of passengers inside the trains in Thiruvananthapuram with the help of the Kerala government.

On Sunday, as a precautionary measure, Railways decided to remove the curtains from the air-conditioned coaches and decided not to provide blankets to the passengers travelling in AC coaches. The Railways also instructed the officials to disinfect the train coaches at proper frequency and clean the taps, pantry, toilets at regular intervals.

Earlier, as a part of safety-related modernization work at Kiul Station under Danapur Railway Division of East Central Railway for different infrastructure related developmental works, some of the East Coast Railway (ECoR) bound trains and trains originating from ECoR jurisdiction had been diverted, cancelled and partially cancelled.

With 12 new cases of novel coronavirus infections reported in India on Tuesday, the number of COVID-19 patients in India climbed to 126, up from 114 a day earlier, the Health Ministry said on Tuesday.