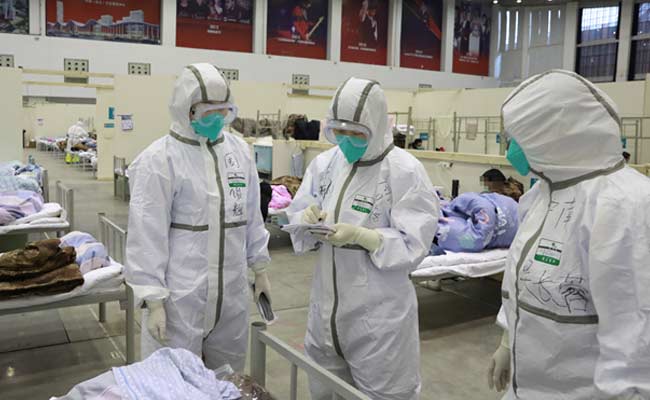 New Delhi: In the wake of outbreak of Novel Coronavirus (COVID-19) in China, India will send a consignment of medical supplies there, Vikram Misri, Ambassador of India to China, said on Twitter on Sunday.

The Ambassador, in a video posted on the official Twitter handle of the Indian embassy in China, expressed his solidarity with Chinese people and the government in the fight against the epidemic.

“As a concrete step to tackle the outbreak, India will soon send a consignment of medical supplies to aid and assist China in tackling this outbreak,” he said in the video, adding, “This is a concrete measure which will fully demonstrate the goodwill, solidarity and friendship of the people and government of India with the Chinese people.”

Ambassador @VikramMisri expresses his solidarity with the Chinese people and the government in the fight against #NovelCoronavirus epidemic. As a concrete step to tackle the outbreak, India will soon send a consignment of medical supplies to China. (1/3)@MEAIndia @DrSJaishankar pic.twitter.com/SKd441BubH

The Ambassador also added that “India will do everything within its means to support the people of China in this hour of crisis.”

“The people of city of Wuhan and the province of Hubei are the worst affected by the epidemic. They have a very special place in the hearts of the Indian people. With courage, persistence and effective measures we will be able to overcome the crisis,” the ambassador tweeted.

Misri expressed hope that the epidemic will be effectively controlled in the very near future, praising the “determination of the Chinese people and government in dealing with this epidemic” being “evident” to the world.

Hailing the efforts of Indian government to contain the disease from spreading in India, he said, “at present India is also facing the threat of infections from the novel coronavirus epidemic. Our country is working hard to safeguard the health and wellbeing of our people.”

The Ministry of External Affairs in India also confirmed the news by re-tweeting Misri’s tweets on their Twitter handle.