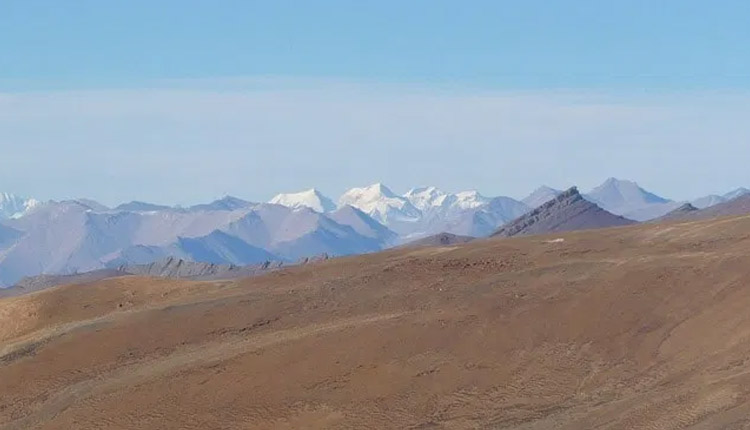 New Delhi/Beijing: The Chinese soldier, who was apprehended by the Indian Army in the Demchok sector of Eastern Ladakh on Monday, has been handed over to China, official sources said on Wednesday.

Corporal Wang Ya Long was handed over to the Chinese military on Tuesday night at Chushul-Moldo border point in eastern Ladakh, the sources said in New Delhi.

The Indian Army on Monday had said that the Chinese soldier had “strayed” across the Line of Actual Control (LAC) in Demchok sector.

In Beijing, a statement by the Chinese Ministry of Defence said, “According to the relevant agreement between China and India, the Chinese PLA soldier, who went missing while helping local herdsmen find the lost yak near the China-India border on Sunday, has been returned to the Chinese border troops by the Indian Army early on the morning of October 21, 2020 .

The incident had come amid a massive deployment of troops by the two militaries in the region following the border standoff.

On Monday night, spokesperson for the Western Theatre Command of the PLA, senior colonel Zhang Shuili had said, “China hopes that India will hand over soon the Chinese soldier who got lost in China-India border areas on the evening of October 18 when helping local herdsmen retrieve a yak at their request”.

Both Indian and Chinese armies have deployed over 50,000 troops each along the LAC in eastern Ladakh including in the Demchok sector following escalation of the five-month-long military standoff that began in early May.

The incident occurred at a time when India and China are preparing to hold another round of Corps Commander-level military talks later this week with a focus on carrying forward their discussions on the disengagement process in Eastern Ladakh. The two sides have so far held seven rounds of high-level military talks on the border faceoff.

The seventh round of talks was held on October 12.

There was no breakthrough on the disengagement of troops from the friction points so far.

India has all along been maintaining that the onus is on China to carry forward the process of disengagement and de-escalation at the friction points in the mountainous region.

Following the sixth round of military talks, the two sides had announced a slew of decisions including not to send more troops to the frontline, refrain from unilaterally changing the situation on the ground and avoid taking any actions that may further complicate matters.

This round was held with a specific agenda of exploring ways to implement a five-point agreement reached between External Affairs Minister S Jaishankar and his Chinese counterpart Wang Yi at a meeting in Moscow on September 10 on the sidelines of a Shanghai Cooperation Organisation(SCO) conclave.

The pact included measures like quick disengagement of troops, avoiding action that could escalate tensions, adherence to all agreements and protocols on border management and steps to restore peace along the LAC.

India-China Border Dispute: Militaries To Hold Eighth Round Of Talks