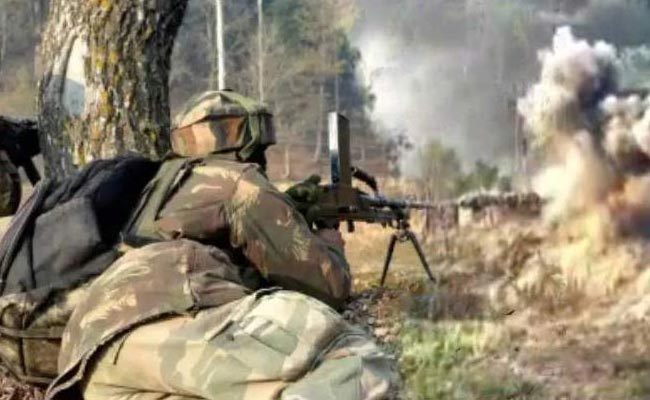 New Delhi/Srinagar: Five Indian Army special forces soldiers and five terrorists were killed in Sunday’s hand-to-hand combat and gunfight on the Line of Control, in this year’s bloodiest encounter in any operation against militants in Jammu & Kashmir.

The Indian Army launched Operation Randori Behak in Keran sector, at the Line of Control and engaged Pakistan-supported infiltrators in a close quarters battle in heavy snow, neutralising the entire infiltrating batch of five terrorists.

Four soldiers under the command of a Junior Commissioned Officer from one of the most professional Para Special Forces units were heli-dropped near the LoC after information on the infiltrators was received.

“An intense hand-to-hand battle ensued and all five terrorists were eliminated,” the Indian Army said in a statement.

In this battle, however, the Army lost five of its best soldiers, three on the site and two more succumbed while they were airlifted to a nearby military hospital.

Sources explained that at first light on April 1, footprints were noticed near Line of Control where fences were completely submerged in snow. “Area is completely rigged with razor sharp ridge line all routes cut off due to high snow levels,” sources said.

Terrorists attempted to exploit inclement weather as it was snowing since last two days. Search parties were launched. Brief contact established at approximately 1 pm on April 1.

“Five bags were recovered, however, terrorists broke contact,” said the sources adding that additional troops were launched and area cordoned.

Trail was followed at first light on April 2. Contact was re-established at 4:30 pm, however, terrorists managed to escape by jumping off a ledge.

“Based on visuals from UAV, special troops staged forward to the nearest battalion headquarter by air as the battalion is still winter cut off,” the sources said.

“At first light April 5, one squad, following the footsteps on the snow failed to realise that they were on a cornice…. It broke…. They fell into the nallah…where they fell, the terrorists were sitting right there…. it led to a firefight and close quarters battle at virtually point blank range,” sources explained.

The forces said that due to training standards of the Army team, inspite of the fall, all five terrorists were killed. However, complete squad, five in all, were killed in action.

“Mortal remains of the soldiers and terrorists found within two to three meters of each other,” sources added.