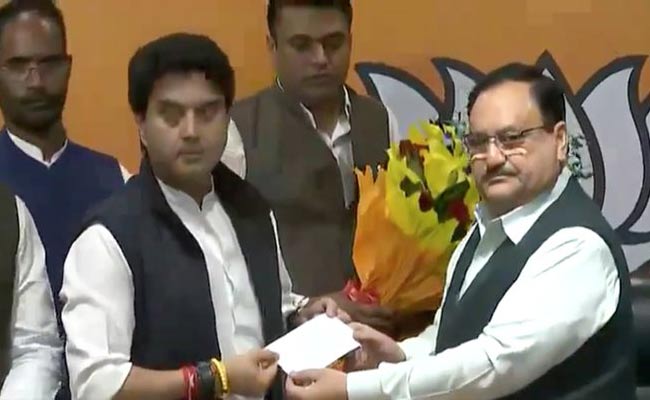 New Delhi: The BJP on Wednesday named Jyotiraditya Scindia as its Rajya Sabha candidate from Madhya Pradesh soon after he joined the party.

Scinida quit the Congress on Tuesday. He is an influential leader of Madhya Pradesh where 22 Congress MLAs, most of whom loyal to him, have resigned from the assembly in a bid to topple the Kamal Nath-led government.

The BJP announced the names of its nine Rajya Sabha candidates, including former Congress leader Bhubaneswar Kalita from Assam, and allotted two seats to its allies, including Dalit leader and Union minister Ramdas Athawale from Maharashtra.

Odisha loses more forests to fire than it adds!