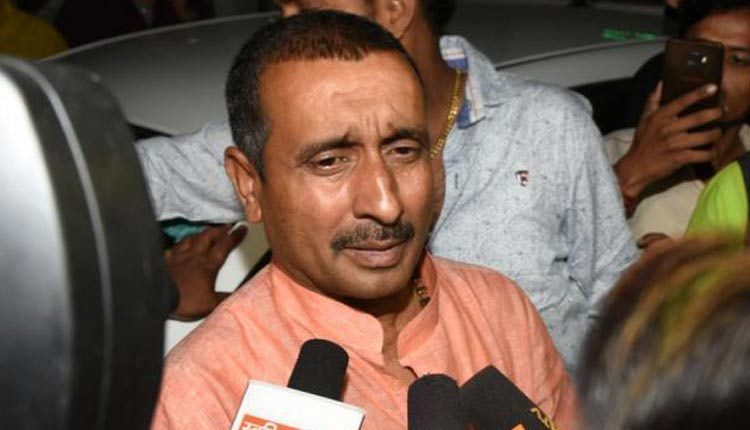 The action against the four-time MLA comes days after the girl and her lawyer were critically injured and two of her aunts killed when their car was hit by a speeding truck in Rae Bareli in Uttar Pradesh.

The family alleges the accident on Sunday was an attempt to eliminate her and the family.

There has been raging public anger following the incident with major political parties coming down hard on the Yogi Adityanath-led government in Uttar Pradesh.

On Tuesday, the Centre handed the case to the CBI on the recommendation of the Uttar Pradesh government.

The CBI has booked 10 people for murder, including Sengar, who is already in jail on charges of raping the Unnao girl when she was a minor in 2017.

Sengar, who represents Bangermau in the Uttar Pradesh assembly, was arrested on April 13 last year in connection with the rape case.

Chief Justice Ranjan Gogoi had asked the CBI officer supervising the cases connected with Unnao rape victim to make personal appearance before the court on Thursday at 12 p.m.

Gogoi said the court will try to do something constructive “amid this highly destructive environment”.

Today during hearing of the case, CJI Gogoi said, “We will come back at 2 PM and pass an order on transfer of cases on all the five cases and medical attention to the victim & her lawyer. Doctors are the best judges, they can decide whether she and her lawyer can be airlifted to Delhi.”

SC during the hearing said it will grant compensation to the rape survivor and her family, and direct the state to pay compensation.

Horoscope For August 2019: Love, Business, Jobs- Know What This Month Holds For You

Odisha Matric & Plus 2 Board Exams To Be Held Only In…

Netizens Pay Tributes To Masala King Dharampal Gulati On His…

CBSE To Conduct Class 10, 12 Board Exams In Written Mode…